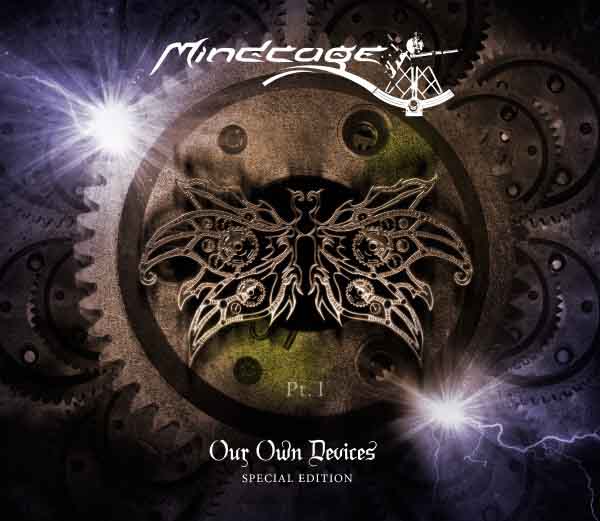 Heavy metal with melodic vocal lines, Mindcage immediately calls to mind a cross between Queensryche and Candlemass, writing complex guitar leads on top of rock-rhythm classic heavy metal riffs. This allows Mindcage to create verses which showcase the melodic male and female vocals that serve as the lead instrument in these mid-paced songs, but also facilitate the inclusion of more intense metal riffing and soloing that will please fans of middle-period Iron Maiden. The rock-based focus on vocals pulls inside-out the extreme guitar-centric attitude of most metal bands, but with Mindcage, the result stands on its own.

Much of this material resembles 1980s Judas Priest in its mix of hard-rocking verses and metal choruses but song structures mostly stay within a reversed Slayer formula of verse-intro-chorus-bridge, yet vary the length and tempo to fit vocals and so manage to remain interesting. Because of its inclusion of post-speed metal riff styles, this band falls solidly in the “power metal” category but really spans over three decades of metal in a smoothly integrated whole. Those who like the paced vocal delivery of Candlemass and the melodic development of sung lines in the sense of later Queensryche will find some familiar twists and turns interpreted in a new way. While this would not make sense to most doom-metal fans, it maintains a mood that complements the plaintive despair of some doom and despite some fast riffs keeps songs within a reasonable pace.

The strength of power metal closely corresponds to its weakness. It is listenable, energetic and can be playing in the background while conversations happen. This means however that like rock it is intensely repetitive compared to death metal, where riffs vary more frequently and instead of vocals, serve as the lead instrument in composition. Within the framework of hybrid heavy metal and speed metal with death metal technique that is power metal, few are doing as well as Mindcage at keeping musical and emotional interest high without sliding into over-the-top dramatism like nu-metal bands. These songs present themselves in two stages, first appreciating the verse-chorus loop and its variations, and second, recognizing the moment of song development in the bridge or equivalent. This allows the band to keep any radical shifts muted until crucial points in the album, which allows this to be a good listen for being who are not focusing their entire being into the music. You would find it infinitely preferable to hear this at your regular bar than the usual power metal mishmash of theatrics, insistent verses and overly bombastic choruses.

Our Own Devices may not be over-active enough in the dramatic way that power metal has come to be, nor as inspirational and New Age positive as European listeners apparently like, but the solidity of this album lies in, like Queensryche and Candlemass, its ability to build a foundation around the vocals that enhance the mood-sensation of what they present. This creates a space for the kind of epic imagination that metal has always nourished with a touch of the science fiction style of outside narrative reflecting a technology for the soul that has hovered at the edge of power metal for some years now. Although Mindcage offer a different trip than riff-based power metal, Our Own Devices shows that they are one of the higher-quality players in that very specific niche.

2 thoughts on “Mindcage – Our Own Devices”