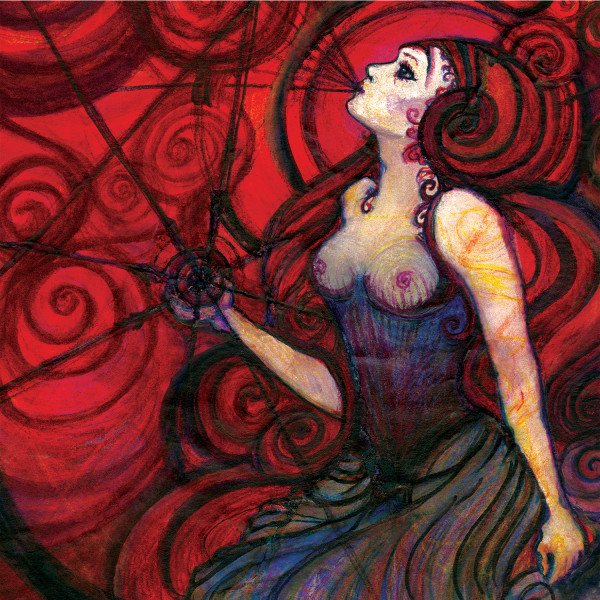 When you say you like black metal, people will speak band names to you and it takes the same amount of time to figure out that one is horrible as it does for them to suggest ten more. It is a literal infinite stream that is mostly worthless but there is always the elusive possibility that one might not be terrible and sometimes, very rarely, a great one exists among the waste. Nachtmystium is not that rare greatness.

Other than the vocals, utterly nothing on this record suggests in any way that it is related to black metal. For the most part, this is an Iron Maiden clone album that, if it were aesthetically decked-out like the original, would be immediately filed with the B-rated bands on the far shelf. It specializes in soft rhythms that trudge to a familiar cadence and have catchy melodic hooks overlaid, but its real power is its ability to set up a chorus with verse repetition. The primary instrument is the voice, which through varying texture enables it to imbue the verses with emotion. And if you like 1970s overblown lead guitar soloing that keeps going on and recapitulates the dominant vocal theme in five different ways, you are in for a treat.

The World We Left Behind is newsworthy only in that it is not newsworthy yet was seemingly in the news for a long time. Musically it falls into the mid-1970s with some updated technique but nothing else, and artistically it appeals to people who want droning boring music to sit through on their days off while they think about what victims of the world they are, and how this justifies buying another cherry tart at the bakery and eating it with wine while watching Notting Hill. It is not incompetent like early USBM missteps but in its competence there is an emptiness driven by an attempt to attention whore certain “deep” emotions it identified in black metal. As a result, this serves as a fitting epitaph for a once-worthy genre now swallowed up by mass taste, and nothing else.

7 thoughts on “Nachtmystium – The World We Left Behind”