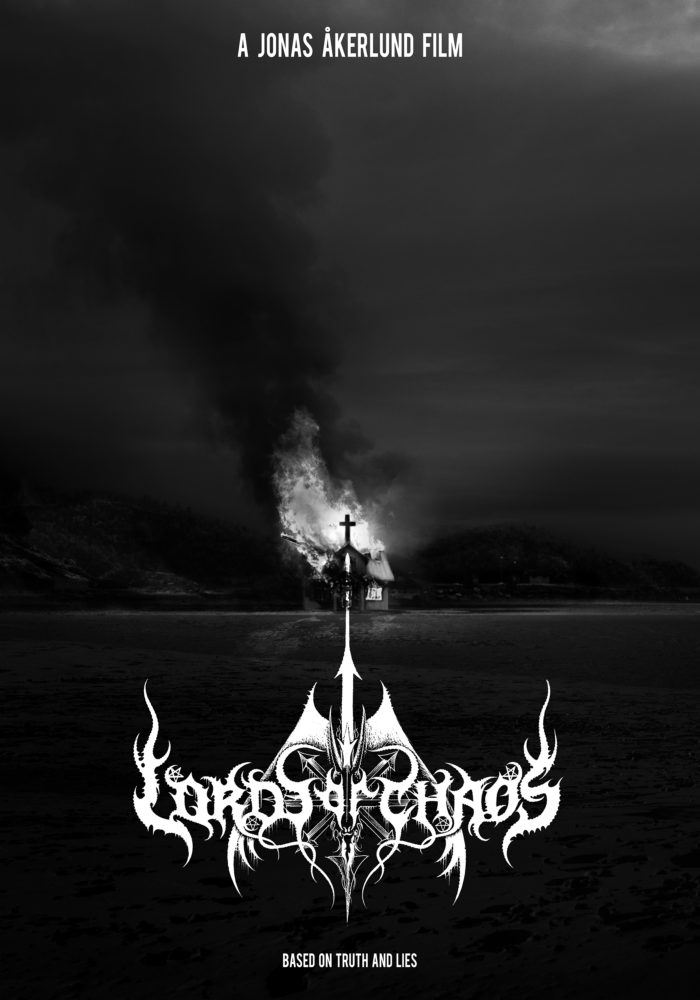 Complete with a hipster poster and a Metallica soundtrack (yes, Metallica), Lords of Chaos proves to embody everything the likes of Euronymous, Varg, and Faust staunchly and vehemently opposed.  While the book provided an interesting psychological and cultural analysis of the events of black metal 1991-1993, the film looks to do no more than cash in on the current retro hysteria consuming hipsters across the globe.  It’s laughable, disgraceful, and every single musician it’s based on would destroy its existence if they could.

What’s most troubling is the upcoming invasion of falses within black metal that it is on the horizon.  If you thought there weren’t enough fakes already infiltrating the genre through the likes of post-black metal and Cascadian black metal than your in for an absolute fucking nightmare over what’s to come.  Record labels, blogs, and bands will try to cash in on this movie’s release in every possible way.  You will see countless bands marketed as “The Lords of Chaos sound!” and blogs writing about “The Modern Day Mayhem!” trying to squeeze every dollar out of this.  Labels will push hallowed out black-metal-in-name-only releases on the hipsters they know are buying these movie tickets.

Death Metal Underground will not be reviewing or providing any links to this abomination.  Instead we will be providing accurate, honest, and insightful coverage of the releases, bands, and musicians involved.  Trust no other metal site as they will all be baiting clicks with obsessiveness Lords of Chaos coverage in an effort to save their hopeless careers in journalism.

In order to preserve the spirit of the Norwegian black metal scene, its true fans must denounce black metal and everything aesthetically black metal.  Mock any corpse-painted pictures on social media, dress preppy and get fashy haircuts, champion the supremacy of death metal.  Record well produced albums, compose short songs with a variety of riffing techniques, avoid vinyl and cassette at all costs.  Take up the cross, bring back the crusades, start killing witches and pagans!!!  I, Brock Andrew Dorsey, hereby renounce all black metal past, present, and future as trendy, worthless, and embarrassing- absolute shit music on the same plane as djent and nu-metal!!!

Anyone who goes to or reviews this movie is a pussy, a fake, and a beta cuckhold.  They should be shamed, humiliated, outcasted, and spat on.  If you’re not partaking in this, you’re just another pink haired male feminist gobbling up whatever fecal waste the mainstream is pumping into you.