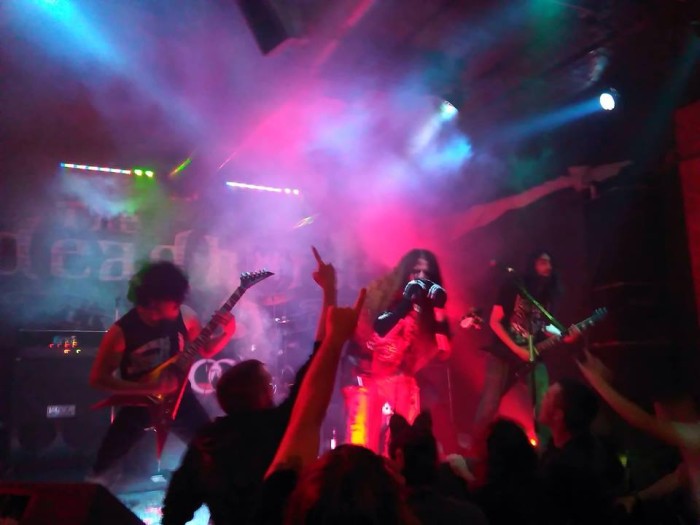 Texas heavy metal band Obscure Oracle has released its latest work, a track which takes us back to both the early 1980s and its grandiose power metal, and an improved version of the melodic death metal of the mid-90s. “Pray for Nothing” features 1980s style choruses with less repetitive verses than bands of that nature would use, sliding into melodic guitar riffing that would have At the Gates envious, but used sparingly like an Iron Maiden/Judas Priest era band would have used. This track foreshadows great things to come from this original Texan band! Because it is a sneak preview, you cannot hear the track at this time, but you can catch the band live just a few months ago:

2 thoughts on “Obscure Oracle sneak previews “Pray for Nothing””