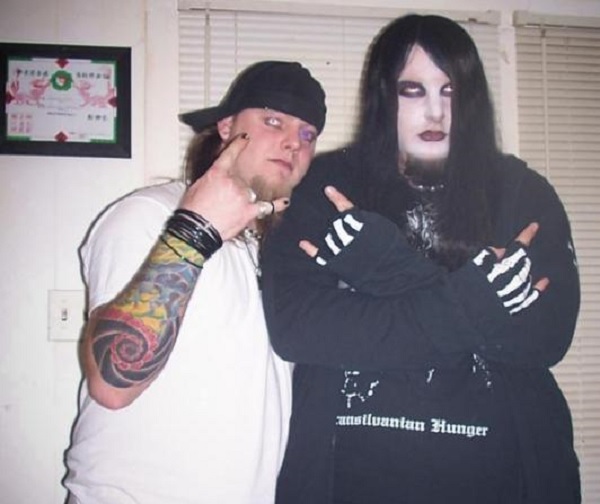 The arrogance of someone proclaiming themselves on the right side of history still takes my breath away. As if after all this time, there are simple solutions to human problems that involve a totalitarian presence, which is control of all that we say and thus what we think. This issue defines #metalgate and explains why it has provoked such panicked reactions from the nu-metal SJWs.

SJWs raise a number of objections to #metalgate. Their first trick is to claim that #metalgate does not in fact exist because there is not a single touchstone event, as there was with #gamergate, which set it off. Since #metalgate was brought on by years of articles (and boring, soulless politically-correct burnt out hardcore bands writing “metal” albums) there was not a touchstone event, but a gradual rising opposition. Their next trick is to claim that metalheads want the ability to behave like louts without consequence. This is an obvious lie, since all we’re asking is to keep the PC thought police out of metal, since PC thought police ruin everything they touch, much like their bad “metal” bands. Finally they insist that metal is dodging these issues entirely, which is not true. Metal simply refuses to adopt the PC framing of these issues, which is designed so that only one conclusion is correct. Their approach is similar to a Republican asking where we stand on allowing al-Qaeda into schools. The only response you can make is “well, of course I oppose that,” or your response is going to look like you are supporting al-Qaeda.

The point of this approach is literally thought control. As Roger Brown wrote in 1976:

The structure of anyone’s native language strongly influences or fully determines the world-view he will acquire as he learns the language.

Language works both forward and backward. It programs our minds to think in certain ways. If that language is changed, it works backward to change how we think about things. This is why people want to change the way you talk, program you to think in terms of issues, and otherwise force you to put your speech into a narrow range of what is defined as acceptable. They want to control how you think.

#metalgate got some interesting support some time ago from an unlikely source:

This artist remains controversial because her band was so heavily promoted as being “female-fronted,” which to a metalhead is suspicious because it obstructs from letting the music speak for itself. Like music which insists you appreciate it on the basis of theory, whether musical or gender studies, the sex-based approach demands fans look at the music first in terms of what precious little category it fits into. This is the same thing as requiring that we like a band simply because it is popular and sold a lot of albums. Krieg’s Imperial weighs in on this one:

This might sound a bit mean-spirited, but I don’t think seventy-five percent of people would give any second thought to Myrkur if there wasn’t the campaign of secrecy behind it pre-release, coupled with the fury over the main musician having ovaries and other things people who still live with their parents are confused and frightened by. It speaks a lot to gender politics in music in general with how this scenario played out, and it wasn’t at all helped by shrouding the whole thing in mystery early on; Velvet Cocoon did that ten years ago and much more successfully. Now, it just comes off like the Sex Pistols or American Idol-styled manufacturing, but that’s easier to ignore than the moist masses who, when faced with a woman, can only yell “TITS!” like she’s unaware that she has them. Yes, black metal is a negative expression which isn’t the most inclusive of genres, but recently people have been acting more like they’re on Xbox Live than in a genre which should be held to a higher intellectual standard than most.

This takes a moderate approach to metal which is that most of us are tired of the bad behavior of people on the internet, which is not limited to tidy categories like “sexism” and “racism” but approaches all-around shittiness because angry teenagers either find an outlet for their anger — plant trees, join the Guardian Angels, work in a soup kitchen — or they become hateful little haters who do nothing but hate on all of us. #metalgate isn’t about these people. It’s about a small group of media darlings and their pointless indie rock and hardcore punk bands pretending to be metal so they can enforce thought control over us and make us their bitches.

The sad fact remains that people who talk about “the right side of history” have a control agenda. We see again why metal is always unpopular, which is that it avoids herd opinion on all fronts. Political correctness is herd opinion. It’s not even related to actual leftist theory, but uses that as its cover story to hide the fact that it’s a naked grab for power. Jim Jones, Adolf Hitler, Joseph Stalin, Tipper Gore and other cult personalities use this approach to build personal armies and take control. They are no different from the bigots who lynched people and who are currently beheading people and blowing up children in the middle east. Metal is just fighting back on its own terms, despite the apathy and isolation of most metalheads, because we don’t want to be part of their weird political jihad. And what’s more metal than that?