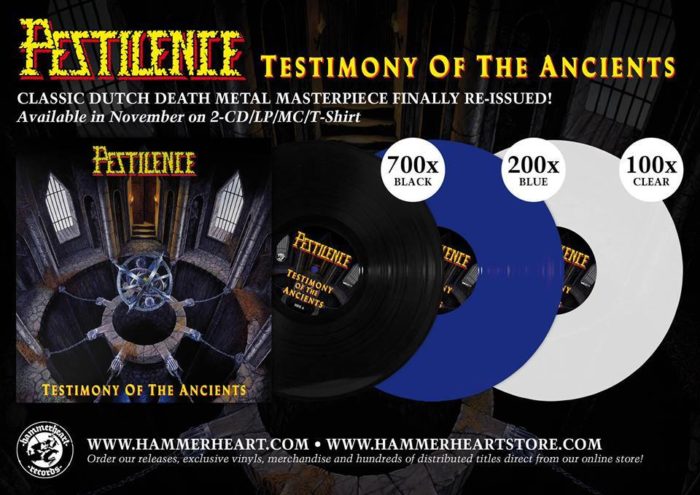 Hammerheart Records is reissuing Pestilence‘s third album, Testimony of the Ancients, on LP in multiple colors.

Hammerheart is currently accepting preorders. People who care about the sound quality should stick to black vinyl and of course the CD version for pristine digital sound if they do not already own the album and have some compelling need to own physical copies of everything Pestilence ever did back in the early 90s.

5 thoughts on “Pestilence – Testimony of the Ancients Vinyl Reissue”