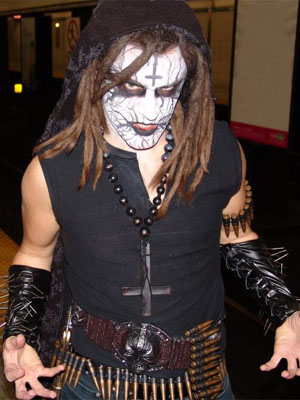 The best magicians work by making you think what they’re doing in front of you is the action, when in fact something goes on in the background that suddenly changes everything.

We experienced a change like that around 1999 from two factors, both technological. First, the internet arose and made it easy for any dog to appear as a band. Second, the one part of making a record that still wasn’t cheap — the recording process — became a home activity requiring a $400 PC only.

In the 1980s, DIY was radical, just as in the 1970s. Recording meant tape, and tape was expensive. Releasing your music meant getting a master, saving up a bunch of money, and putting it out there. That’s why bands did 7″ and cassette releases. A full LP was too expensive.

At the end of the 1980s, the newer CD pressing plants began offering far cheaper releases. CDs were smaller and cheaper to produce than LPs. This condition didn’t improve much until the mid-1990s, when suddenly everyone could afford a computer that could do (a) desktop publishing, including CD layouts, and (b) some kind of mastering and/or CD burning.

The cost barriers were falling.

Thus, while it was revolutionary to be underground in the 1980s, and while having a rough or dirty sound was somewhat of a stab against an expensive process then, it ceased to be in the mid to late 1990s. When it cost a lot to have a record sound good, throwing that aside was like a revolution. It was a rebellion against the tendency to make everything sound slick and perfect, and thus to overthrow the natural.

Now in the 2010s, we have a different problem. All production is a matter of choice. This is only going to get worse as the software improves. You can have perfect drums, pristine guitars, even autotune your vocals (or if you’re sneaky, your guitars). Thus now, making a dirty and abrasive production has no rebellion value. It’s just another option, like choosing to have a trumpet on the record or not.

What’s happened to metal? Some people decided to stick with repeating the past. They’ve formed a small and insular group that makes old school music. The only problem is that, while this group frequently talks up new releases, over the last ten years we haven’t seen anything great come out of them. “Above average” just isn’t impressive.

There’s another group that has gone commercial by making metal more like the parent genres from which it escaped, rock and punk (or rather, post-hardcore). This group has really improved instrumentalism, has excellent production, but completely hollow music that is distinguished only on the level of technique. It seems to have no content whatsoever except being in a band and knowing music theory.

The point here, I guess, is that we are being poisoned by form. Metal is stagnant because it hasn’t invented a new form that it can work with, or found a way to resurrect the old (mainly because of the parasitic past-repeaters). As a result, it’s left in perpetual limbo, either recycling the past or obliterating itself by becoming its opposition.

As a result, I suggest a new openness to difference in form. Let’s bring the weird back. Only where form and content are united does music make sense; otherwise, it’s either propaganda (content only) or decoration (form only). What will drive our new form is leaving behind the tropes of the past and attacking things that are real to us now.

That isn’t to say that the human condition, or that of art, has changed. It hasn’t. But art must carry the spirit of its age, and interact with its age, and strive for something. It must be a process of becoming. Metal ceased to be that in 1995 and its relevance dropped away, so now it feels like a drunk old man at a retirement home.