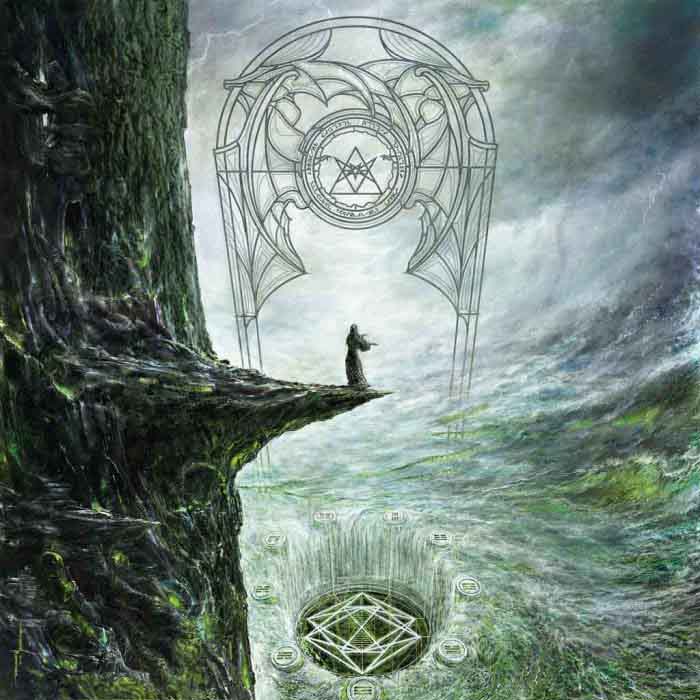 Touted as one of the most important bands in the history of American Black Metal, Absu was dissolved by drummer/vocalist Proscriptor McGovern (Russ R. Givens) on January 27th, 2020, after 30 years of existence. Since the band’s last, unreleased album was to be penned as “Apsû,” McGovern fused the title with his name to form this new group, Proscriptor McGovern’s Apsû. Securing the ranks, alongside McGovern, are continuing bassist Ezezu (Absu: 2008-2020), new guitar virtuoso Vaggreaz (Possessed, Gruesome) and keyboardist Vorskaath (Zemial, Agatus). With this much anticipated, self-titled album, McGovern’s objective was to append the signature sound of “mythological occult metal,” but to convolute it with bouts of psychedelia, fusion and vintage electronics.

When asked about the album’s final outcome, McGovern stated the following: “Having the opportunity to assemble these band members, in the development of this album, was a remarkable honour and I strongly feel this album captures the band’s true, yet frenzied potential.” McGovern, who also produced and co–engineered the album, added: “I specifically appointed these three to augment and heighten the overall sound portrait of these recordings, hoping that our emphasis on ‘mythological occult metal,’ coupled with progressive and psychedelic elements, clutches the listener’s momentum. Most importantly, I highly commend Agonia Records for migrating our musical and arcane foresight onto the next level.”

In assembling the album’s packaging, the band re-commissioned the expertise of renowned Polish artist Zbigniew Bielak (Darkthrone, Portal, Watain). Not only did he administer the front cover, but also was assigned to create eight separate “plate illustrations” tailored around the lyrical conceptions. Regarding Bielak’s work, McGovern stated: “With incredible rapidity, he was able to resuscitate the artistic pulse after I presented the album’s subject speculations and lyrical themes. Some plate illustrations are affiliated with multiple songs; others integrated to only one song, yet Zbigniew perfectly surmounted each piece reflecting my oblique and ‘in–betweeness’ motifs.”

McGovern continues regarding the album’s lyrical approach: “This album was written for those who are curious and unwearied in their quest of arcane knowledge. I have (with vast exertion and detriment of time and space) collected knowledge deemed, in regard to my subject theories of ‘mythological occult metal:’ from Thelemic Magick and The Zos Vel Thanatos Formula to Fractal Ontology and (obviously) Near East Mythology.”