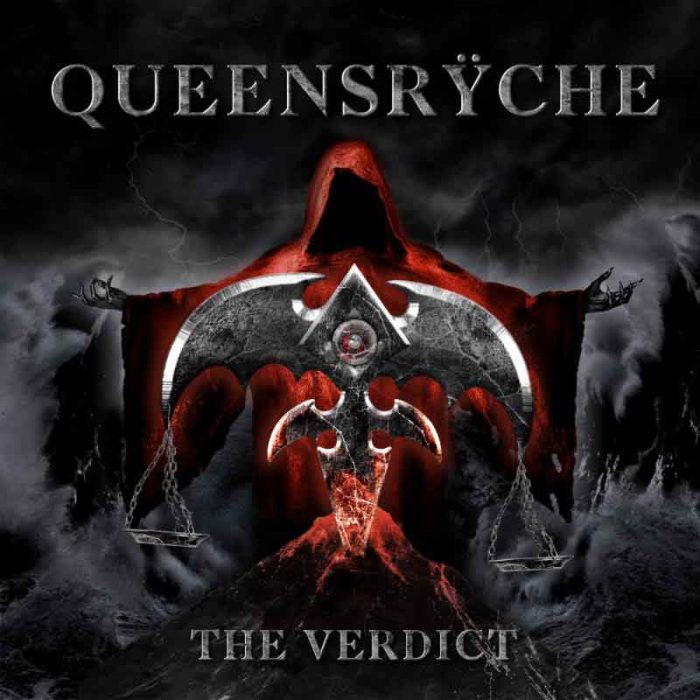 Queensrÿche plans to introduce its sixteenth (!) album, The Verdict, to the world on March 1, 2019, representatives announced today. Century Media will release this newest work which is “the most metal and the most progressive record we have made in a long time” according to guitarist Michael Wilton.

The band’s forthcoming release was produced, mixed, and mastered by Zeuss (Rob Zombie, Iced Earth, Hatebreed) at Uberbeatz in Lynwood, WA, Planet-Z in Wilbraham, MA, and Watershed Studio in Seattle, WA. “I’m extremely proud of what we were able to accomplish on this record,” states Queensrÿche vocalist Todd La Torre about The Verdict. “The relentless dedication and hard work of everyone involved has been very rewarding. I am excited and looking forward to it no longer just belonging to us, but belonging to the world. We hope you all enjoy listening to it as much as we enjoyed making it!”

To support the album Queensrÿche will tour the US this spring with special guests Fates Warning; The Cringe will join the bill on select dates. The tour will kick off on March second in Orlando, making stops in major markets such as New York, Atlanta, Chicago, and Los Angeles, and will wrap on April third in Seattle.