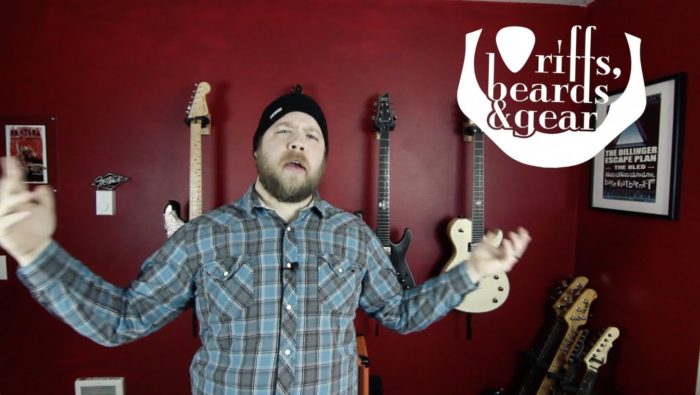 The drum beat that the player has to compose to is 4 bars of an 8/8 groove, and being forced to write to the drums instead of vice versa is an interesting exercise that would easily confine the creatively stunted- most of the remaining players in the United States obviously, but what is striking is how a majority of players with no connections between them can stumble onto essentially the same contribution to a contest that is rewarding creativity; it is as if the sample beat has tapped into a collective unconsciousness that funnels derivative creative greyness through ever-wilting tentacles ending in the few guitarists left on earth. Most of them focus on the rhythm of the beat, and force a mundane melody to barely progress through a series of suffocating pedal tone open chugs. The rare occasions that feature a chord progression under the melody are noteworthy only for utilizing the most infantile major progressions known to man, and never change key between the 4 bars anyway so coloring of the overarching melodies is minimal. Most players use the same bar four times, but change the end of each other bar to give an ABAB arrangement to disguise creative bankruptcy by giving the riff the least substantial flair possible. A majority of the videos feature a very young player with an absurdly expensive American-made custom guitar and great sounding recording equipment, and you can tell exactly what kind of riff you’ll hear by what t-shirt the player is wearing.

Very few players tried to contrast the beat with a riff that doesn’t groove and is carried by melody. Most honed in on the groove and put enough rests into the melodic phrase to further the percussive leadings of the drums and gain a danceable appeal from the audience. Only one that I saw in the sea of videos I watched kept consistent note values and utilized no palm mutes to force the heavy chug/pretty melody dichotomy that the cliched modern guitarist falls back on, but unfortunately it was pure Cannibal Corpse worship but in a far less developed sense. This is where the most glaring weakness among modern players makes itself so apparent: very few players contributing have the unique or developed melodic sensibility to warrant not only awards but the right to artistic catharsis in the first place. Scales and modes are vomited back as riffs and nothing is said about the player, and likewise the player is saying the same. Anyone entering a contest that awards single riffs is missing the point of song composition, and actual composers would never waste their time with this. It, like most motives for music even if a specific genre declares itself to be underground, is an exercise in ego-stroking that could never produce something artistically valid. Should there be a bedroom guitarist to bring new relevance to modern metal, I have not found one here, but that doesn’t mean one doesn’t exist, toiling away at a craft only fully realized through a more holistic grasp on construction than the majority of what these players attempt to see in microcosm. If one is to surface, perhaps groups like RiffsAndBeards would see that in contrast, the modern way of viewing metal as quick flourishes of substance-free posturings while at the same time rewarding its most glaring superficialties is what has been killing the genre for decades.