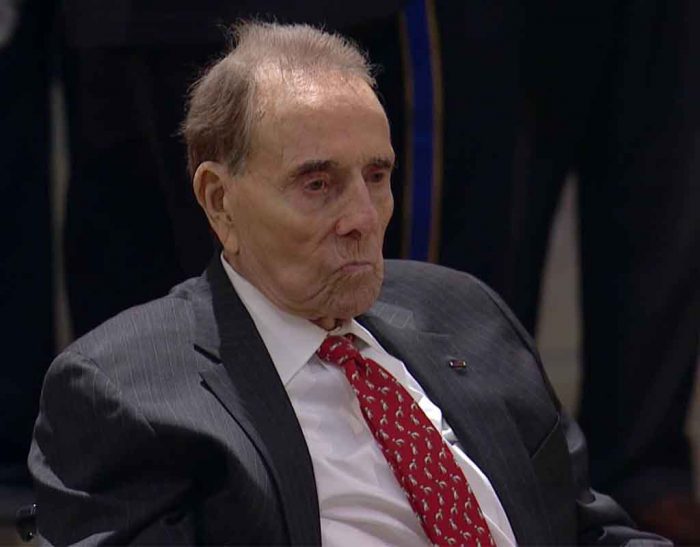 Former Republican Bob Dole has gone to the great free market in the sky, reminding us of back when he specifically mentioned the horrors of death metal and Cannibal Corpse:

Cannibal Corpse bassist Alex Webster said he held no grudge against the Republican Party, even though Dole, its one-time nominee, singled out his band for criticism. Democrats also have targeted the band, he noted.

Even though the music of Cannibal Corpse is dumber than dualistic fundamentalism itself, Webster makes a good point: death metal is not the source of decay, but commentary on the decay, which is so pervasive and widespread that it includes democracy, mainstream Christianity, and even Enlightenment™-era notions of individualism as a moral good.

Our cynical view around here is that Cannibal Corpse is not even death metal, just Kiss updated with some technique from Suffocation, Malevolent Creation, and Morpheus Descends.

Of interest is this discarding of normie-drama including politics:

Death-metal musicians and fans do not spend much time talking about politics, several musicians said.

“There is usually something far more creative and worthwhile happening that distracts our focus from the ever-important empty suits who promise everything and deliver nothing,” said David Vincent, lead singer of Morbid Angel.

Civilization begins again when we discard politics and other drama based on popularity, and instead focus on what reality is and what the few natural leaders of intelligence among us think is relevant. The normie herd are self-distracting and always wrong.