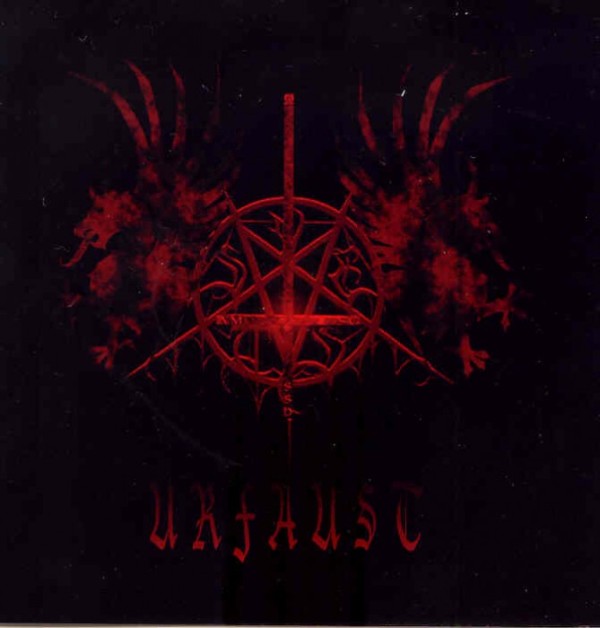 Playing a style of black metal that became more prominent and perhaps common after the turn of the century, S.V.E.S.T.’s “atmospheric” approach is of the sort that creates a fog out of different layers of intsruments playing different notes to form dissonant chords and having the drums by a vehicle for intensity. Although black metal per se has inclinations towards minimalism and ambience, this explicit brand of atmospheric black metal stretches song durations as long as it is necessary to induce the sense of evaporating time and alienating experience they are looking for.  While many different bands can claim to be part of this, very few retained an anchor in reality and still building something meaningful. S.V.E.S.T. Urfaust is such an album.

The way this balance is achieved in a style of black metal attempting to create a chaotic semblance is to always have one element that is static in proportion to how much other things vary or lash out wildly. For example, this band always keeps some sort of diffuse organlike notes playing in the background, either with some kind of synth or with tremolo-picked guitars, while the drums change slightly more freely, but always responding to changes in the music as a whole, and the lead guitars are allowed to roam around more freely creating the and blending the motifs that lend each piece its personality in a background that is a raging maelstrom.

Of course, the counterpoint between instruments needs to be maintained, it will not do to have an heavy riff underscored by drum patterns that take away the attention from a center in the music  and rather give us two shows in one. Such an event spells out incoherence. The controlled way in which such chaotic force is wielded strongly calls to mind the prophetic work of Colombian pioneers Parabellum.

Urfaust is a gem of an offering whose music lends itself to an esoteric interpretation. Listened to from afar or in a distracted manner, the music may be perceived as a simple repetition of ideas throughout a long time. In part, this effect is intended as the listener is expected to lose himself in the music, instead of counting measures and the number of times this or that theme come and go. Furthermore, the density of the layers covering the details is such that to pierce the uniformity, the listener experiencing this must become acquainted with it in an almost meditative state in repeated visits.

This album has an art music work orientation with respect to its overall orientation in concept and publication. First of all, this is a three-song full-length album in which the songs are movements that belong together and not a collection of three songs. The relationship goes beyond a very clear and distinctive choice in voice and is made explicit in motifs throughout the album, with its most obvious gesture being that the opening section of the album in the first movement is the same as the closing one in the third. Another example worthy of attention and presenting an immersive experience is Fanisk Noontide.

The element of chaos is, of course, a metaphorical one, represented in disorienting rhythms that quickly come back to a stable state and are safely supported by anchors. It is their repetition, variation, combination and alternation between different motifs along with the unrelenting percussive attack that create the picture of crumbling sanity from compositions that are technically firm and delineated.

This is where a band like S.V.E.S.T. far surpasses the uncontrolled madness of later Deathspell Omega which incurred in a common mistake in  nu-black metal: the attempt of becoming the atmosphere itself. The so-called experimental disorganization and hispterish disavowal of rules for the sake of breaking conventions displayed by Deathspell Omega leads them to the lazy decision to try to portray chaos by actually making a huge mess out of the music.  Unfortunately, S.V.E.S.T. later took from this band the idea of uncontrolled freedom in fits of post-modern delirium.

The vulgar idea of attempting to imitate what is being portrayed in an overtly obvious and direct manner is not new, although in our era the clowns doing it come out to the unaware as being original thinkers of some kind. Great masters of music like Ludwig van Beethoven and Johann Sebastian Bach played in this line and warned themselves and others of the dangers of falling to either side of the narrow wall that music forms between evocation and aesthetics. S.V.E.S.T Urfaust stands proudly and firmly as a monument to this balance where both music is preserved in its formality yet evocation and idea envelop it as the non-destructive organization and manipulation of the aesthetics themselves become the door and medium to the experience.

“(…)a symphony of Beethoven presents to us the greatest confusion, which yet has the most perfect order at its foundation, the most vehement conflict, which is transformed the next moment into the most beautiful concord. It is rerum concordia discors, a true and perfect picture of the nature of the world which rolls on in the boundless maze of innumerable forms, and through constant destruction, supports itself. But in this symphony all human passions and emotions also find utterance; joy, sorrow, love, hatred, terror, hope, etc., in innumerable degrees, yet all, as it were, only in abstracto, and without any particularization; it is the mere form without the substance, like a spirit world without matter. Certainly we have a tendency to realize them while we listen, to clothe them in imagination with flesh and bones, and to see in them scenes of life and nature on every hand. Yet, taken generally, this is not required for their comprehension, or enjoyment, but rather imparts to them a foreign and arbitrary addition; therefore it is better to apprehend them in their immediacy and purity.”