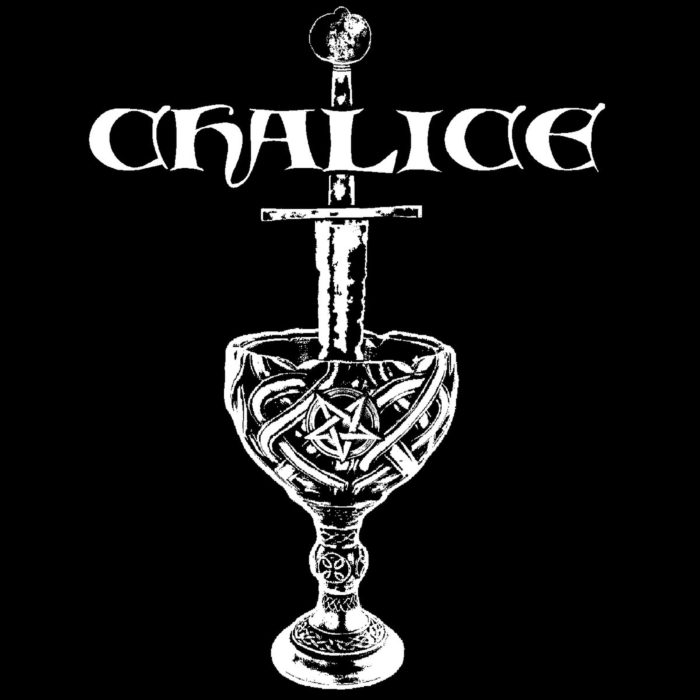 The riffs do chop and chunk a bit like you’d expect coming from a trad/heavy metal guitar but are way too rhythm-centric to motivate the songs on their own. Minor touches like hammer-ons or bends here and there coming off as adornments like AC/DC might write to keep people from falling asleep on their feet from hearing the same melody looped for the 48th time. Playing everything at a faster tempo might have helped Chalice, because the running times for these songs are far too long, with the shortest one cut short just a few seconds under 4 minutes, and the rest clocking in at around 6, 9 (!), and 11 (!!!) minutes. However, the band exhausts their riff development by about two-and-a-half minutes into any given song, so even playing them faster (and by faster I mean at grindcore pace) would, at best, ease some of the pain of sitting through them.

Technique-wise, the drummer plays with the least amount of personality possible, fitting in very nicely with the rest of the group. Near the last half of the final track, there are some guitar leads that you’ve already heard done better by fourth-rate Maiden and Priest clones. They are more fluid and interesting than a Dimebag solo, and more tuneful than anything by King, but those are not really compliments.

The singer is the worst singer I have ever heard in my life, bar none. Imagine an open-mic night at a sports-bar only frequented by single factory workers, with no functioning toilets or any beer other than lights. There is a fat drunk woman in a polka-dot mumu with a terribly copied image of Joan Jett’s profile tattoed on the shuddering flab of her upper arm. She also has a speech impediment that occurred when her dad got drunk and tried to run her over when she got pregnant at age 14, but he missed her and she just caught her head on the corner of the rear-view mirror, causing the left side of her face to lose all feeling and motor control. She’s deaf too.