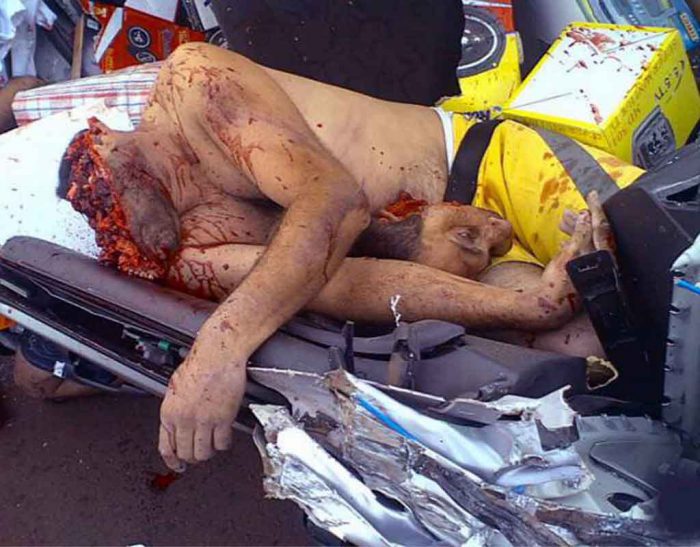 Some thought that American society died with Jerry Springers. Others like William Gibson, who should know better, think it died with the Bush presidency. Those of us with any attention span know that the decay even predated April 9, 1866, when the Civil Rights Act was signed. The decay is innate.

What the Springer and Bush haters missed was that the second Clinton term brought on the real doldrums, but these had been long in the making. Clinton was the response to the brief break from a heedless headlong rush into Leftism that began in the 1820s with the arrival of Irish Americans, our first diversity.

After a first term that seemed to please everyone, Clinton did what Leftist leaders always do, which is plunge the nation into economic and social malaise. His solutions of easy loans, Chinese outsourcing, and Mexican immigration did little to help the American worker, but definitely made Wall Street happy, although this could not stave off the stagnation.

Really however humanity always tends toward bad ideas and Leftism is one of them. We view it as politics, and some even as culture, but we should view it as psychology. When you get a bunch of people together in a room, they all agree on the same thing, which is inevitably “it’s not our fault but we deserve good stuff anyway,” a humanistic (spit) viewpoint that requires treating nature like trash and rejecting any ideas more complex than what a herd of carnies and retards can easily apprehend.

Not the the Right is going to ever stop this. The Right knows it is unpopular and therefore all of them secretly believe they are doomed and that they have no choice but to be like Jesus on the cross and suffer for ideals that have no relevance to anything but their own egos. They are part of the same decay and cling to religion because they are poseurs who want to lose with pretense. Fuck you, fuck you, fuck Jesuss Christ.

On to the shitty metal.

Death From Above – Altered Dimension: the cover art evokes Malevolent Creation but the music mixes in a huge amount of Exhorder style speed metal paired with Pantera-style rant choruses, at which point the integrity of riff interoperability pretty much fails and you end up with a rhythm being pounded into your head in a dozen forms, circling around and going nowhere because even its sudden breaks simply reaffirm the inevitable repetition, but some cool riff ideas dot this album.

Verbum – Exhortation to the Impure: primitive black metal that integrates a fair amount of doom metal for a bleak atmosphere, this release subtly integrates post-metal effects on the listener while staying old school on the surface, but its real problem is that these basic riffs are not developed enough to give meaning to the space occupied by their repetition, and by using very basic harmonic patterns, make themselves a torture test.

Acherontas – The Seven Tongues of ΔΑΗΜΩΝ: nostalgia seems like a coping mechanism to me, retreating into the familiar to avoid the stupidities that have come to pass, but there may be nothing sadder than imitating the form of mid-90s black metal still; Acherontas tie together one of every type of riff that made it onto a big name album and then add a swelling whole scale finish to give it the church music vibe, but these are not songs, just collections of riffs knitted together with rhythm.

Furis Ignis – Decapitate the Aging World: everything is a grift these days, it seems, especially black metal that promises that you can be part of the original trve kvlt movement in exchange for validating a bedroom project like this one, which has some good takes on Burzum and Gorgoroth riffs that fit into boring songs, but goes nowhere other than upholding the form; the listener feels nothing because there is nothing here but tribute to a vinyl collection from days gone by.

Drotten – Depths of Despair: this band throws a variety of forms of metal and punk into its bass-driven, high-energy rock ‘n roll, sounding like the bastard child of Honor and Obscura, but makes it work despite the disparate riffs because the song is held together by a simple melodic theme and rhythmic figure to which it returns amusing from its different hydra-heads in other genres, pounding out a strong anthem made from different parts like a city shack made of old metal and wooden doors.

Barús – Fanges: another “post-metal” release, which we have to admit is just soundtrack music that uses sweeping chords instead of riffs, and relies on building atmosphere in linear layers in order to give us some sense of descent to be followed by ascension in the style of tent revival music and late-night AM radio gospel, this EP aims like a postmodern novel for high concept but because that cannot accept the grim fact of reality as questions of volition instead of projection ends in the most basic of patterns.

Hostilia – Power Out: entirely serviceable speed metal with nods to the more chant-like side of rhythms, which although it builds songs around vocal rhythms does so just to wrap together a bunch of interesting riffs, which on this album have good diversity without being random in each song although all riffs are familiar archetypes from Prong, Nuclear Assault, and Overkill. At this point speed metal makes me want to kill people with sporks, but this album is solidly constructed if not slightly unexciting.

Thraxas! – Planetary Terrorism: although they adopt some modern metal conventions, this one finds its inspiration in speed metal like Exodus and Testament with exuberant bluesy leads paired to trudging muted-strum E-chord noodling and sudden tempo changes, which has some appeal for the speed metal set that wanted 1988 to never end, although riffs by pairing mostly on rhythm and harmony fail to tell a tale, leaving too much to the vocals.

Verminoth – Primordial Tomb: brain-bludgeon death metal of this sort emphasizes regular patterns on the fretboard and uses rhythm centered on vocal chanting to hammer home the message, but nothing can escape how fundamentally boring it is, generated like wallpaper from equal parts formula and randomness. Listening to an idling diesel engine provides more variation, interest, and hope for something other than trudging, pounding, gurgling, squealing, wheedling, and droning repetition.

Atomic Aggressor – Invoking the Primal Chaos: retro death metal mix with war metal drums and a riff sense from the early days of Sodom but with more technical élan, this band makes all the right sounds at the right times to scratch the old school itch, but seems to be writing songs about being an old school mix and so these songs circle but go nowhere. It has an atmosphere, but mostly of nostalgia, even if there is some fine riffcraft here.

Construct of Lethe – The Grand Machination: fusion of early metalcore with depressive suicidal autistic black metal, this band manages some good speed metal and death metal hybrid riffs in with all of the atmospheric rock and emo stuff, but ultimately its lack of having a singular voice makes each piece rather busy, which in turn makes them overly reliant on voice as a lead instrument, at which point coherence falls apart.

Cortege – Touching the Void: a modern metal type band using speed metal riffing in punk-like songs, this group of aspirants write decent music for the range at which they aim, but this has more in common with the heavy metal audience than the death metal audience, leading one to wonder why they bother with the whispered death metal vocals. Influences as disparate as Nuclear Assault and Pantera make this a polyglot mixture that never quite comes together despite nicely streamlined internally related songs.

Hammerdrone – Dark Harvest: melodic metal mixed in with regular speed metal and a bit of Biohazard-style bouncy NYHC, Hammerdrone makes very angry material that holds together and uses its melodic component for a strong emotional finish, complete with Slayer-style transitions, but ultimately aims for a 1988-style trudge and building mood that gets sabotaged by the need for a display of anger, leaving mostly hovering questions and unsatisfied pathfinding resulting in no direction.

Abazagorath – The Satanic Verses: so much creativity went into this release that it is an unhappy thing to say that it falls short, mostly because it feels like it was designed by committee, with one guy sticking in speed metal riffs, another insisting on melodic death metal, and another throwing in dramatic black metal. However, each part is interesting and musically well-executed, but the result does not add up to songs, or any sustained communication through mood or experience.

Collapse Instinct – Wreck: doom metal constructed of very basic death metal with a punk-level simplicity and glacial pace that aims for gently introduced melody; the band does this well, but the result seems to avoid musical conflict, making for a drone experience that is not very satisfying, even if the approach seems right. There is a good template here for working doom metal into death metal but the atmosphere needs more ambiguity to capture the mystery of this subgenre.

Helcaraxë – The Last Battle: another band confused between black, death, and speed metal, Helcaraxë have no lack of talent but waffling between the genres destroys any ability to have a consistent mood, so they end up with the vocals leading and a rotation between highly contrasting “scenes” presented by type of riff, pace, and technique but these do not add up to anything consistent enough to conflict, contrast, and develop, so you end with random heavy metal background noise, even if highly competent.

Ecryptus – Kyr’am Beskar: twee fedora fodder for those who think Star Wars themed death metal is a good idea, Ecryptus brings us gurglegrind riff salad with a few melodic passages so the redditors can nod enthusiastically and tell each other that listening to this makes them more elite than having Opeth on their Amazon accounts even, but not only do songs barely hold together but they gesture contrary impulses that never really talk to each other, making this not just a humiliating onslaught of pandering but generally forgettable music.