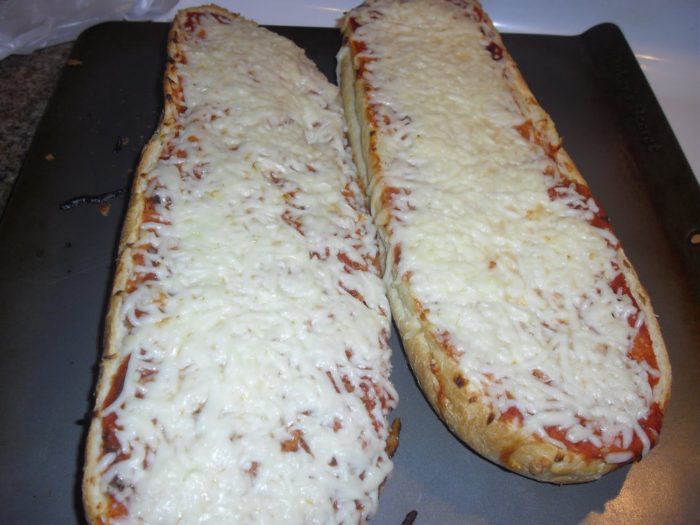 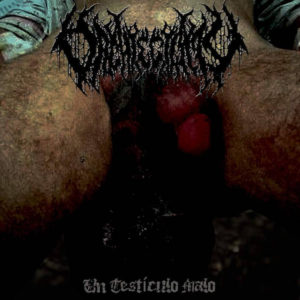 Orchiectomy – Un Testículo Malo (2016)
Chug, chug, blast, chug, chug, row-ree. Orchiectomy’s debut is a hodgepodge of poop and rape humor in typical comedian goregrind form. This style of metal started out for shock value as displayed with bands like Cannibal Corpse and Devourment, but eventually it molded into a scene of horseplay where bands try to gross out each other with demented over-the-top themes. It’s not much different than first graders flicking boogers at each other.

A persiflage of degeneracy, Orchiectomy presents these goregrind getups where being called ‘buffoons’ wouldn’t be frowned upon, but embraced. It seems that each song has a sampled introduction designed to repulse prudish women or make drunken/high concert goers laugh. When it comes to the music, not much musicality is found here outside of chugs and blasts delineated for people to run around in circles and slam into each other. The vocal variation certainly keeps these tracks afloat with their piggish intonations and down syndrome yells.

When goregrind/brutal death metal bands attempt to be serious it comes off as corny. The only serious aspect of Orchiectomy seems to be their desire to make people laugh and gross people out. Un Testículo Malo is competent at that. 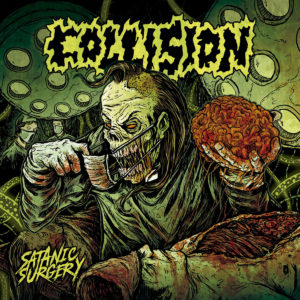 Collision – Satanic Surgery (2016)
Half hardcore-rooted grind, half crossover thrash, Satanic Surgery occasionally has decent thrash riffs variating effectively through several verses into catchy choruses. Unfortunately these songs all go on twice as long as they need to. If Collision excised the chug-along, hit people hardcore bonehead riffs and cut these crossover songs in half to grindcore lengths, Satanic Surgery would be compelling material to eat pizza and drink beer to. Instead all the songs manage to be boring and the second time you listen to it, your mashing forward on the CD player hoping the next track is more engaging like my life would be if I had friends.