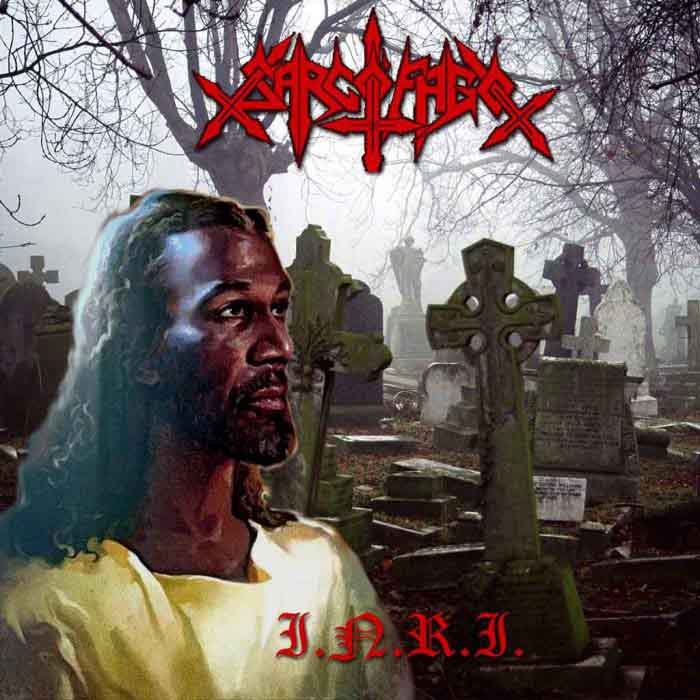 According to Sarcófago manager David Li-Cochran, I.N.R.I. for a new generation will take many by surprise. “The same Sarcófago intensity is there, but the crass messages of hatred, gender polarity, non-arbitrary reality, and Eurocentricism just don’t fly any longer. It’s a New World Order, I mean new world, and a new market.”

Li-Cochran outlined the changes. “We have dropped gender specific, and sexual orientation specific, language, as well as removed any references to exclusively White traditions. Instead, now you have a Black Jesus that anyone can identify with, and a genderless Satan who possesses both breasts and a penis like leading American Republican candidate Caitlyn Jenner.”

Founding member Gerald “Incubus” Minelli told Death Metal Underground, “It’s the same album. We just re-did the vocals so that Millennials and Generation Z could feel safe even opening the album on Spotify. It also helps our social credit scores as individuals if iTunes, Walmart, YouTube Music, and SoundCloud carry our work without any points deducted for non politically correct lyrics.”

“By remaking the album concept around the notion of a Black transgender Jesus, we have made Jesus into Baphomet, and committed the ultimate blasphemy against the notion of an objective reality and traditional way of life,” he continued. “Not only that, but now we can sell these songs to ‘woke’ companies to use in their commercials, so more of Satan’s gold comes to our bloodstained hands.”