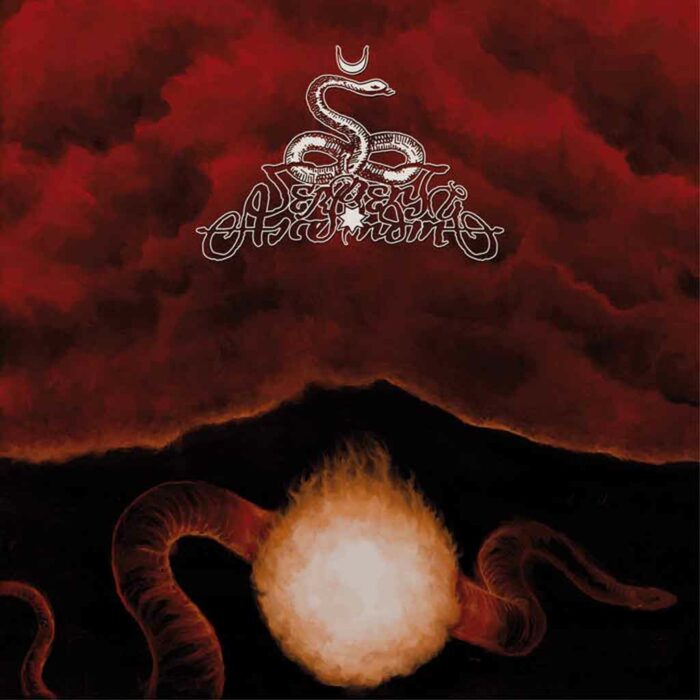 While still retaining some of the aesthetic elements of 2016’s sleeper-hit Aṇaṅku, Serpent Ascending has adopted a flowing form of riffing on this latest album comparable to some Norwegian black metal. This has both an upside and a downside, in that the longer melodies can reach a greater degree of intensity at times, but there is also less contrast within individual songs.

Like a tribute to the first Burzum album, many of the longer tremolo riffs on this album use a winding recursive pattern that is reminiscent of a tumultuous journey through unknown spaces. These are interspersed with mid-paced, atmospheric sections that draw influence — much like Aṇaṅku — from goth rock and classic heavy metal (think Iron Maiden).

While many of the moments on this release are beautiful, the music has a tendency to get lost in the wistful aesthetic, and not reaching the shocking conclusions found in the best of its influences. In this it resembles Satyricon, another influence heard in parts of the album. It’s unfortunate to see this happen, because in both cases the musicians were competent, and aiming high.

Don’t let this detract you from seeking the album, however. It’s still a very interesting vision of where metal can possibly develop with its emphasis on flowing melodicism, and there are moments that are truly exciting.

Tracklist
1. Growth of the Soil
2. Hyperborean Folklore
3. Stállus Hideout
4. Skaði’s Longing for the Mountains – Njorðr’s Desire of the Sea