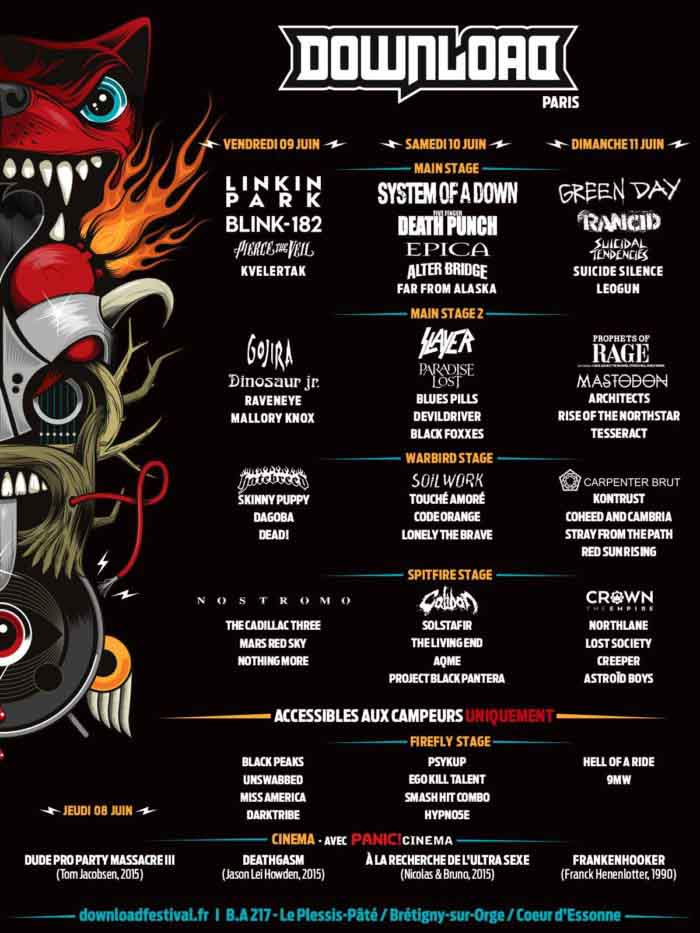 Slayer are playing the 2017 iteration of the Download rock festival in France on the Plessis-Pâté / Brétigny sur Orge / Cœur d’Essonne BA217 air base, which is a thirty minute drive from Paris according to the festival organizers. Every other band at this festival is some lame rock or pseudo-metal turd pusher but at least they probably do not smoke bath salts like the French president. Probably not. You can never be sure of the substances some of these degenerates ingest given how awful their music is.

If you French, can stand thousands of smelly screaming idiots (I presume I you can if you are actually French given that you live in France), and desperately want to see Slayer without Dave Lombardo and Jeff Hanneman for some god-forsaken reason, then this might be worth it if you have nothing better to do. You could catch Dave Lombardo playing with Suicidal Tendencies too if you really wanted to and want one of those baseball caps all the beer metal party animals wear. Probably listening to the first five Slayer records alone in your bed room is a better use of your time but if you do not like money and want to deal with thousands of drunk idiots, the Download Festival awaits you cheese eaters.