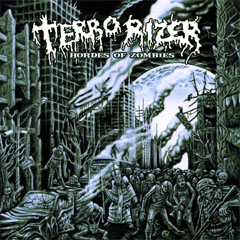 One thought on “Terrorizer “Hordes of Zombies””