A new series of articles in which the writer explains why his tastes in music are so impeccable. The title of the series is a cheap spin on a recurring sketch from the English comedy show The Fast Show. 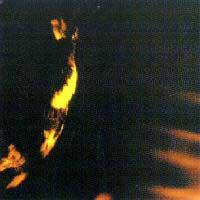 This week I have mostly been listening to…. Skepticism – Stormcrowfleet

Doom divides metalhead opinions. Arguably a lot of it is just regular heavy metal slowed down, so probably doesn’t deserve to be considered a separate entity, and while there isn’t really a definable doom “scene” the music does attract a type of personality and culture that is fatalistic and overly emotional, i.e. not very metal.

Nonetheless, there are at least two bona fide classic metal albums that have come out of doom – Cathedral’s Forest of Equilibrium, and Skepticism’s Stormcrowfleet.

Considered one of the fore-runners of funeral doom (doom played very, very slow), Stormcrowfleet inverts the rock music expectations for predictable, foot-tapping rhythms and offers spacious, atmosphere-heavy music with the rhythmic elements subordinated to the melodic and textural components.

Many doom albums that are near-misses succeed in evoking a morbid, foreboding atmosphere but ultimately fall short because they are music about personality dramas, rather than, as with all the finest metal, music made to mythologicize existence. Stormcrowfleet succeeds because it offers a worldview that is not overwhelmed by external trials, but embraces them and uses them to reframe individual life in the context of something more majestic.

Similarly to Burzum, it creates an experience that is journey-like and transformative, yet vaguely sentimental, although in a way that directs the sentiment towards cosmos, nature, and mysticism. The album as a whole entity doesn’t really arc and conclude as neatly as a Burzum album, but instead it leaves a sense of the thoughts and emotions of the album lingering for a while after it has finished, leaving normal life to seep slowly back in to the room after the experience of the music has finished.

5 thoughts on “The brilliance of Skepticism’s Stormcrowfleet”