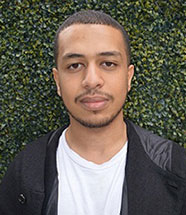 This suggests ignorance and a determination not to overcome that ignorance. You can’t rule out a whole area of intellectual endeavour without having investigated it and clearly they haven’t investigated what they mean by white philosophy. If they think there is a colonial context from which Kant’s Critique of Pure Reason arose, I would like to hear it.

“There is a real danger political correctness is getting out of control. We need to understand the world as it was and not to rewrite history as some might like it to have been.”

The Death Metal Underground advises Ali Habib that if he truly wishes to experience life without the influence of and advances due to Western thought he should:

Keep in mind that there is a civil war and mass starvation in Yemen right now. In a society characterized by low level tribal warfare and periodic famine, could Ali Habib scavenge up enough daily kilocalories to sustain himself? Habib selectively embraces the Western philosophy that says he deserves a free lunch. A mediocre lunch, but a free one for leeches like him. What would happen if he begged for a free lunch in a stratified pre-modern tribal society with a rather low life expectancy for adult males, who tended to meet a violent end in constant skirmishes? “Zug-zug, back to work!”