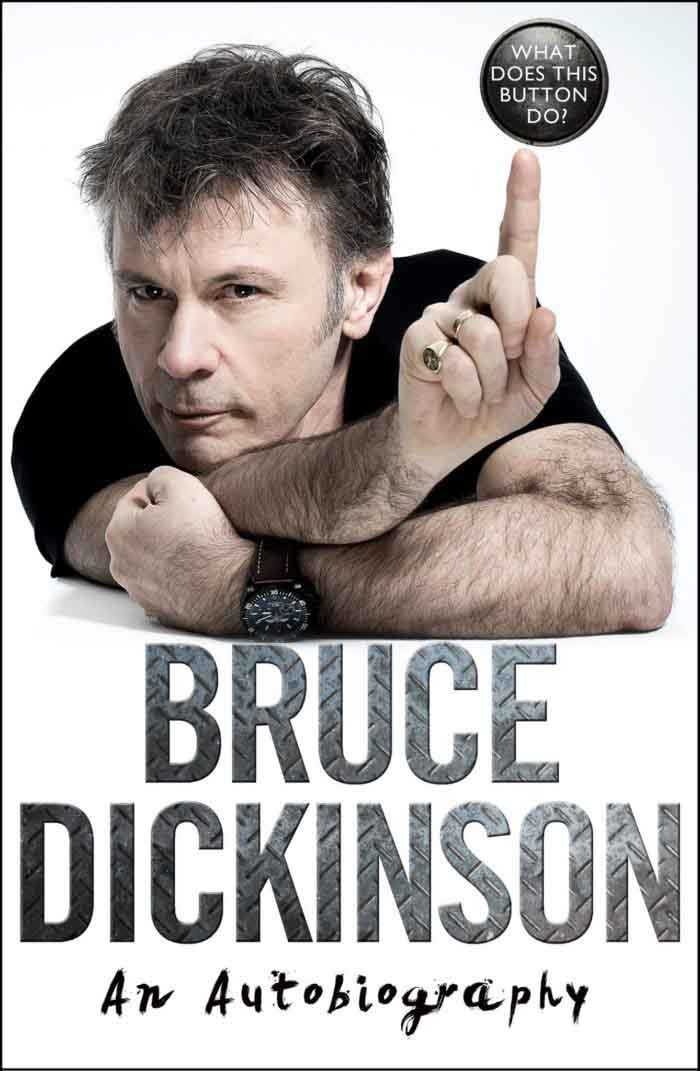 This Autumn HarperCollins NonFiction are publishing WHAT DOES THIS BUTTON DO?, the hugely anticipated memoir from Iron Maiden frontman and rock legend, Bruce Dickinson.

One of the world’s most storied musicians, Bruce has lived an extraordinary off-stage existence too. A true polymath, Bruce is, or has been, an airline pilot and captain, an aviation entrepreneur, a beer brewer, motivational speaker, film scriptwriter, twice-published novelist, radio presenter, TV actor and a world-class fencer.

Now, for the first time, Bruce tells his story in his own words. In WHAT DOES THIS BUTTON DO?, Bruce (a man who famously never gives interviews about his personal life) shares the most fascinating recollections, including his thirty years with Maiden, the early days, his childhood within the eccentric British school system, going solo, realising his dream of flying jumbo jets and his recent battle with tongue cancer. Bruce Dickinson is so much more than the frontman of one of the biggest bands on the planet. A rock icon, a true renaissance man, Bruce has been, and remains, a man of legend.

Bold, honest, intelligent and very entertaining, WHAT DOES THIS BUTTON DO? is the long-awaited window into the life, heart and mind of one of our most adventurous and multifaceted sons.