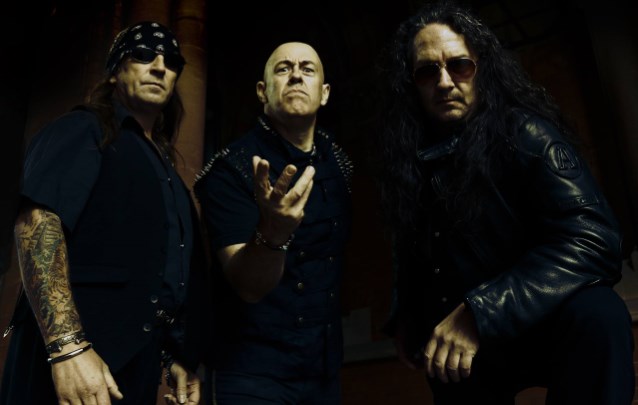 “Dein Fleisch” sounds like a lame 90s hard rock band like Pantera or Disturbed trying to be Celtic Frost and failing miserably. The track comes from Venom Inc.’s upcoming album which comes out August 11th on Nuclear Blast Records which you absolutely shouldn’t buy as it will be marketed to people who thought Fred Durst was cool when they sixteen. Nuclear Blast knows their audience of knuckle-dragging australopithecines.