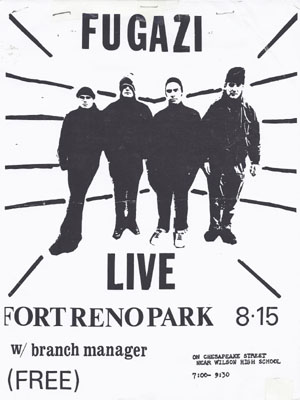 During the late 1990s, a different style of metal emerged in the death metal camp. Starting with bands like Dillinger Escape Plan, Killswitch Engage, Misery Index, The Haunted, Human remains, Ulcerate, Meshuggah and Discordance Axis, this new style was given many names at first.

It’s math-metal, they said. No, it’s technical death metal (later shortened to “tech-deth” to keep people from expecting something like what Pestilence did on Spheres). Finally someone came up with “modern metal,” which many of us use like a catch-all.

The record companies were excited. Musically it was different. This style is accessible to more musicians, in addition to more fans, than the old style. It’s easier to make a reasonable impression of it, at least.

Thematically it was different. It’s everything that rock ‘n’ roll has always been. It’s loud, angry, and chaotic; perfect to disturb parents, which sells albums. Finally, unlike metal, it doesn’t stray into truly dangerous areas of thought. It is more likely to be written from an individual perspective, and less likely to glorify war, disease and death than protest them. Socially, it’s much “safer.”

What made it new was that it wasn’t like the extreme metal before it. However, it shared many techniques in common not just with that generation, but the generation before it. Specifically, many of the composition aspects are similar to those from post-hardcore bands like Fugazi, Rites of Spring, and Botch. These differences distinguished it from death metal in the following ways:

Critics of the terms “metalcore” and “modern metal” correctly note that these terms are being used as a catch-all. That’s correct, but it’s only part of the story. These terms are being used to describe something that’s not new, but existed before death metal and black metal reached their modern form. It’s an alternate branch of metal’s evolution, upgraded with death metal technique.

This is not an argument against metalcore. If we’re going to like metal, we should understand it; if we’re going to understand it, we should study it; if we study it, we should organize our categories and language so as not to mislead each other. By this analysis, metalcore is an extension not of metal, but of the post-hardcore movement using metal technique, and thus it should be analyzed as more like hardcore instead of having us project our metal expectations upon it.

24 thoughts on “What the heck is metalcore?”