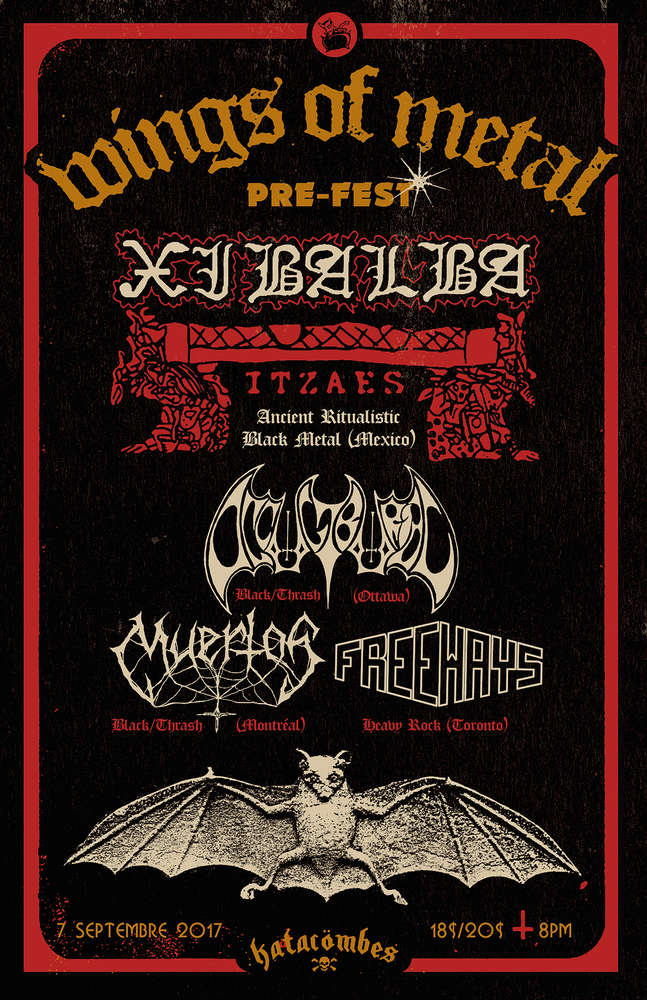 WINGS OF METAL 2017 PRE-FEST!
Join us this year on Thursday night to start the weekend with Mexico’s oldest and best Black Metal band….

“Right around the time Emperor and Burzum were torching churches in their native Norway, a trio of Mexican teenagers lit their own black metal inferno in Mexico City. Guitarist/vocalist Marco Ek Balam, drummer Jorge Ah Ektenel and bassist Jose Ortiz started in 1992 with their first demo Lucescitae Tristis Hiei. Naming themselves after the Mayan underworld detailed in the ancient K’iche’ mythological text Popol Vuh, Xibalba had broken up in 1997, but returned in 2008 – and they now considered one of the best live black metal bands, conjuring evil from far below the underworld…”

…Joined by two of the finest new Canadian metal acts: