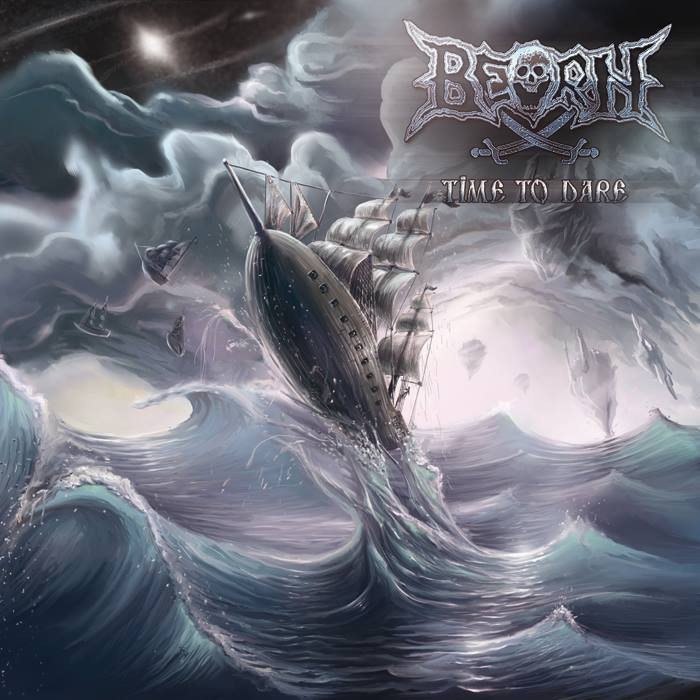 Power metal, the post-2000 incarnation of speed metal that mixes radio rock and Hollywood-style theatrical music into a hybrid, gets a lot of flack for being cheesy. This is true. However, it is also one of the few areas where metal musicians can create epic music and still have a large audience, since the underground metal audience disconnected from quality with war metal and was replaced with post-hardcore at the hands of vegan SJWs riding fixies to their artisanal bagel shops.

Beorn is quite cheesy, but musically creative, and they know how to write a competent song. Expect verse chorus with interruptions for operatics and dynamics, but generally heavy metal riffs with speed metal and some death metal technique, mated together with Queen- and Judas Priest-styled vocals. The melodies are awfully similar to those from other power metal acts, but this betrays the hidden influences of the genre in movie music, dinner theater and vaudeville, and even inspirational music. There are certain patterns, and these set up the need to deliver certain conclusions, and these songs do it along with the best of them.

High-pitched vocals guide melodic riffs over jazz-style drums which guide and comment but do not take a leading role. The vocals follow the guitar riff less in rhythm that in riffing off its basic melody, which allows more instrumental depth per passage than the unified approach of underground metal. Constant double-bass keeps the pulse pumping, and choruses carefully silhouette the chant-style rhythm of the vocals, but songs break to interludes and stack those with variations on the major themes. Lead guitars stay within the canon of guitar-rock heroics from the 70s but accelerate themselves to a frenetic postmodern pace.

I sometimes write about the difference between appreciating musical quality and liking something. I will never pick up a Beorn album because the cheesiness of this style repulses me, but I’d be a liar to not acknowledge the quality of the music here and its ability to be powerful in the right context. This type of power metal gives heavy metal the breadth of musicality it always wanted and, while cheesy, brings out a wide range of emotions and evokes the powerful sense of taking a journey that the best prog rock albums did. For those who appreciate that, Time to Dare will be a delight.