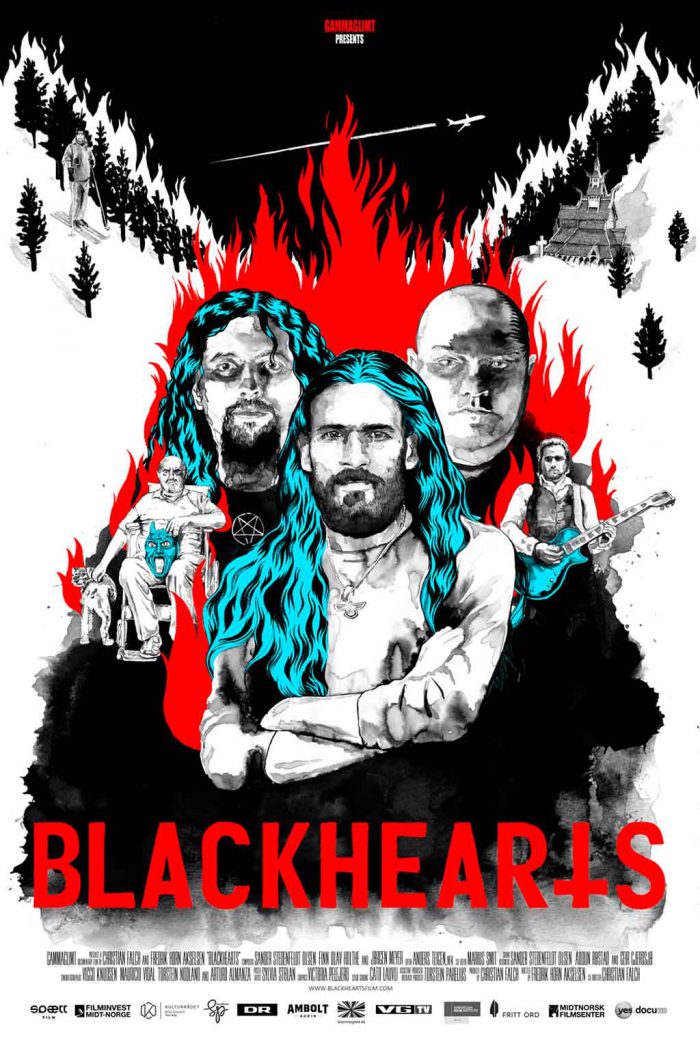 Chronicling the later years of black metal, Blackhearts explores a world of those trying to uphold the spirit of a world that has passed them but which they find more relevant than what surrounds them, appearing both chronically lost and less mechanical and oblivious than the world around them.

Like most documentaries, this film features lots of talking and people walking, driving, and flying between different destinations. Ostensibly it focuses on From the Vastland, an Iranian black metal band, Naer Mataron from Greece, and Luciferian from Colombia as each struggles to get to a black metal festival in Norway.

When you see the festival, one thing stands out: this is an older audience. Metal feels stuck in the early 90s because it hit something eternal, and no one can move on, but newer people do not understand it, even if they try like these bands who make fairly forgettable music.

The personalities are interesting, but the various dramas — religious persecution in Iran, political persecution in Greece, and poverty in Colombia — do not really ever take. It feels like they got a glimpse of the meat of the genre, but never got close to anything like its meaning.

The filmmakers did a decent job on this above-average documentary which both (a) has a sense of humor and (b) knows how to let revelations occur and not be forced, but there simply is not much to work with. Dead genre is dead. People upholding it are lost and ignored. New fans like dreck.

We get revealing moments like the Keep of Kalessin guys, who are good musicians, essentially playing power metal with black metal vocals while telling us about how they are breaking boundaries. The film contrasts that disaster with Arnt from the band making what sounds like a really good Christmas carol.

We feel for Sina, the Iranian kid who wants to both have his band and not get his mom thrown in jail back in Iran, but also realize that whatever the quality of his music, it is not going to touch early Immortal, Emperor, Burzum, and Darkthrone.

The Luciferian guys, who both laugh at a burning church and participate in a Satanic ritual every bit as ludicrous as something Ed and Lorraine Warren would have come up with, come across as really genuine and friendly but perhaps unclear on what makes black metal not like regular metal.

Everyone enjoys the Naer Mataron band and staff, who all seem articulate and honest, and find it appalling how the world will not let them be a non-political band after their bassist ran for political office with the Golden Dawn party in Greece. However, the music sounds like late hardcore with ambience.

All of these musicians, fans, and other people associated with the scene seem like the kind of people we would enjoy hanging out with, but their music falls short and they seem to misunderstand the genre. This makes this documentary feel more like an interview with a retreating army than a vital genre.