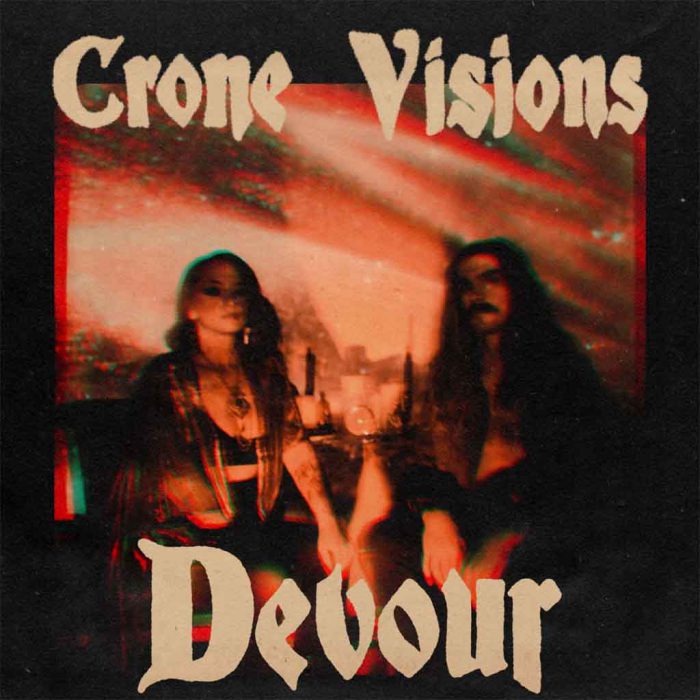 Imagine combining gauzy mystical Brit-pop with Gothic sensibilities and stoner doom riffs that pick up the tempo enough to avoid a post-pizza slowbrain groove, and you have the basics of the Crone Visions approach: pop songs over surging but laconic riffs and occasional psychedelic lead guitar.

They break no new ground — these are roughly the same patterns that pub sages and troubadours sung centuries ago — but avoid the excesses of doom, either the overly-contrived epic sound, the bluesy college dormitory sound, and the death metal derived stuff that sounds like a broken heater.

Devour features a number of light but cryptic melodies in the form of distant and bittersweet vocals, poured on top of a powerplant of basic riffs that set rhythm and tone then manipulate it with texture. The result will not please hardcore death metal fans but will appeal to any heavy metal or Gothic listener.