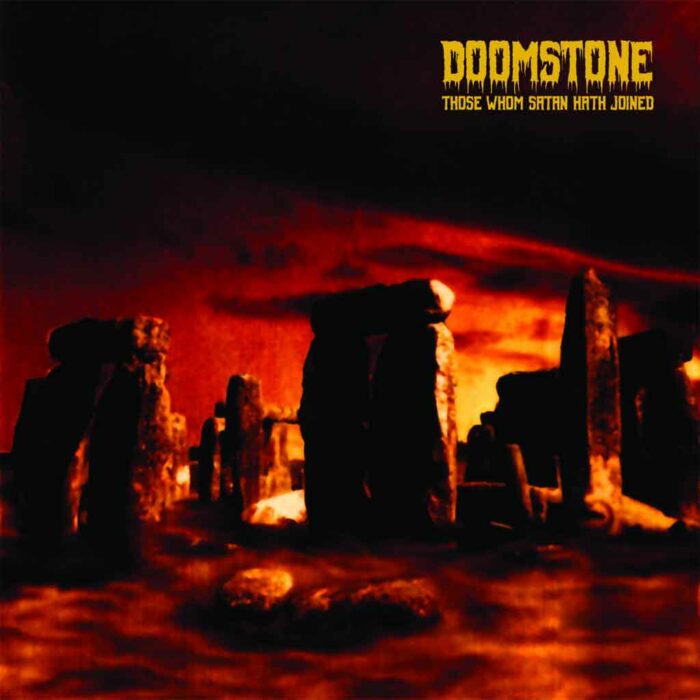 In search of raw material that would resonate with the Satanic/horror-themed lyrical themes, Doomstone plunged into the past and twisted Sabbath/Fate styled riffs into the most filthy and sinister forms possible without losing their intrinsically catchy (dare we say groovy?) character. Despite the songs’ brief and rather rudimentary nature, Those Whom Satan Hath Joined offers enough quirkiness in the songwriting department to avoid the long-term tediousness of many a heavy metal album, perhaps a nod to contemporary developments in underground metal and/or Mercyful Fate’s and the more outlandish NWOBHM bands’ proclivity towards extended verse/chorus formats.

With Those Whom Satan Hath Joined, Doomstone succeeded in crafting an album that offers a similar experience to watching classic late-night horror movies: densely atmospheric, vaguely familiar in a positively nostalgic kind-of-way, reminiscent of the darker aspects of life and irreverently fun at the same time.