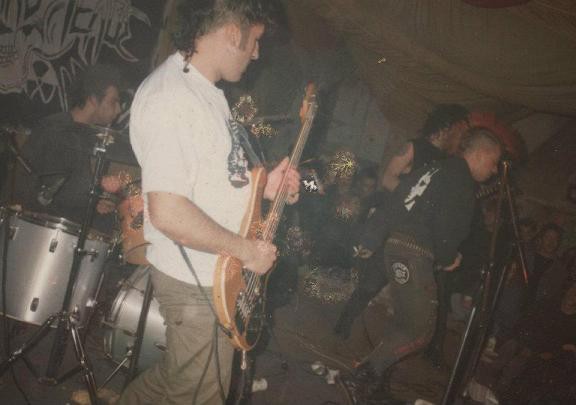 With the exception of borderline subgenres such as grindcore and thrash, metal bands generally compose songs that exceed the standard pop-template in terms of longevity – a feat largely inherited from progressive rock, where compositions often reach for the conceptual and/or epic. Therefore, the full-length album comes off as an ideal format for metal. In the case of punk music, things tend to work differently. Punk – especially hardcore punk – thrives on raw energy, purity of expression and a to-the-point manner. This code of conduct produces some of the most intense music around, but also places certain restrictions on its modes of expression.

Compared to metal, punk may be compositionally one-sided – particularly in terms of dynamics – and even more tied up in stylistic conventions. Consequently, when it comes to punk, a handful of short, but poignant songs are often more effective than 45 minutes of the same. Of course, there’s conceptually-based, or even epic-aspiring punk music just as there’s plenty of to-the-point metal, but the argument holds up on a general basis. With this said, it makes sense to look deeper into the plethora of 7- and 12-inch singles/EPs and demo cassettes put out. Even more so because some of the best releases from certain bands remain restricted to these formats.

In the first part of what’s meant to be an open-ended article series, we present five non-album releases by hardcore punk bands that in some way or another deserve a listen. Being humble metalheads at heart, there are most surely a host of obscure items that deserve treatment but which have flown under our radar, so suggestions for future features are more than welcome. 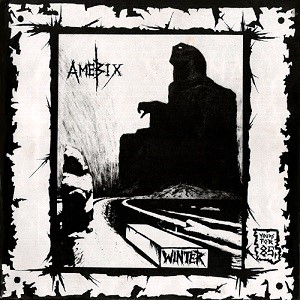 Aptly released during the British Isles’ coldest winter month, this two-track single captures Amebix at an early stage of stylistic development but perfectly showcases how a strong vision can transcend material circumstances. Prominently hypnotic Killing Joke-styled bass-lines and “tribal” toms lay down the fundamental rhythms upon which grinding, discordant guitars weave a tapestry of misery and inevitable downfall. Shouted vocals contemplate upon the precariousness of human existence, presented more like a devastating afterthought than a call for realization. Despite, or perhaps because of, their adherence to post-punk’s cold, desolate sonorities and layered composition, Amebix comes off sounding like a twisted, post-apocalyptic variant of traditional folk music. This is black metal before it even existed – not just in terms of aesthetics, but in the emotions awakened and visions conjured in the heart and mind of the listener. 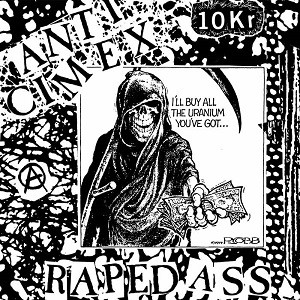 Counting among the instigators of Sweden’s prolific D-beat (aka “kängpunk”) scene, Anti-Cimex adopted the template laid down Discharge to produce some of the most intense music of the early 1980s. On Raped Ass the performance is gloriously raw and infuriated, but kept in just enough check to not come off as pure noise. Occasional attempts to expand on the formula can be detected by those familiar with the style. The insistent crashing of cymbals makes the songs sound chaotic, but in terms of song-structure and rhythm, the band is moving closer – ever so slightly – to rock/metal territories. There’s even a relatively long and melodic guitar solo part in the opening track. Unlike similar bands of the time Anti-Cimex didn’t shy away from heavy metal, eventually turning into a full-scale Motörhead-experience on their later releases. Raped Ass captures the band at their most vicious and remains the perfect go-to-album when the pressures of everyday life become too much to bear. 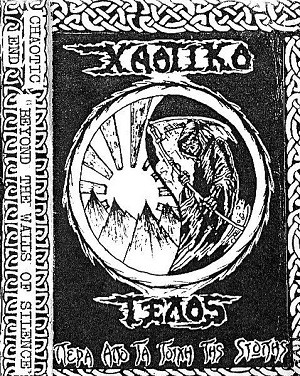 Χαοτικό Τέλος (Chaotic End) – Beyond the Walls of Silence (Self-released, 1990)

While not nearly as notorious as the Scandinavians, Greece was one of the first nations to develop a unique and well-defined black metal-sound. Everyone with more than a passing interest in black metal should be familiar with bands like Rotting Christ, Varathron and Necromantia. There’s even a rising movement of bands who slavishly emulate the old Hellenic style. However, not that many are aware of the fact that in the late 1980s/early 1990s, Greece also spawned an equally vibrant crust punk-scene. What even fewer know is that Greek crust punk exercised a crucial influence on early Hellenic black metal. One important band from that era was Χαοτικό Τέλος (Chaotic End). Taking cues from mid-80s UK bands like Amebix, Axegrinder and Antisect, Chaotic End developed their own brand of epic, synth-enhanced crust that in terms of quality actually surpass many of their British colleagues. Perhaps more interesting for metalheads though is the notion that Chaotic End were, in addition to classic heavy metal and Bathory, the main inspirational sources for early Rotting Christ-works such as Satanas Tedeum (1989) and Passage to Arcturo (1991). 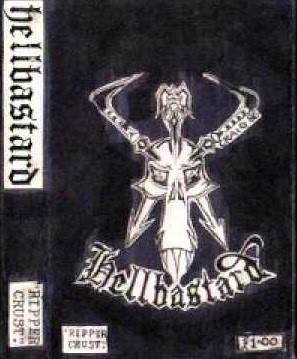 As the 1980s progressed, punks began paying closer attention to what was going on in the metal realm. Despite the continued critique of metal’s presumed allegiance to the music industry – even speed metal had begun gaining public recognition by this time – punk bands saw the potential of integrating metal technique and imagery into their own creations. Whereas so-called crossover became a popular phenomenon in the States with bands like Suicidal Tendencies, another bastard offspring of heavy metal and hardcore punk was born in the UK – a grimy, post apocalypse-obsessed subgenre subsequently referred to as crust punk. While not necessarily the earliest or the most successful of the bunch, Hellbastard were allegedly the ones who coined the term with their demo recording Ripper Crust. Listening to early recordings like this from a “metal perspective”, one pressing question emerges: isn’t crust punk just sloppy, monotone speed metal with bad production and whiny lyrics? The answer is both yes and no. The above critique is valid, but there’s more to crust punk than first hits the ear. As a mid-1980s crossover phenomenon, crust punk was still a frontier – there were no limits and conventions that needed to be taken in consideration. This occasionally made for quite adventurous music, at least in the case of early Hellbastard, Amebix, Axegrinder and a few others. Moreover, there’s a certain rawness and sincerity to these recordings that speed metal had lost. Less regard for technicality and more use of both crude texture and unadulterated emotion to get the point across. Interestingly, this makes crust punk roughly similar to the ensuing black metal-boom to follow a couple of years down the road. As a pointer, listen to “Massacre” off Ripper Crust and then compare it to something like Mayhem’s “Freezing Moon”. 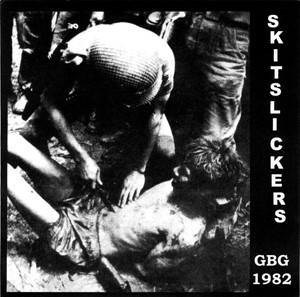 There’s a certain art to making rudimentary music, stripping every element down to the core in search of a purer form of expression. In this sense, Skitslickers could be described as the D-beat equivalent to Ildjarn or Von. The simplest of components aligned to inflict maximum destruction, further amplified through raw, visceral performance and imaginative manipulation of production values. One the one hand it’s the sound of Discharge taken to its logical extreme, but also a transcending of the style. Where most D-beats bands dwell on the horrors of war, the vile music of the Skitslickers are more likely to instigate acts of violence.