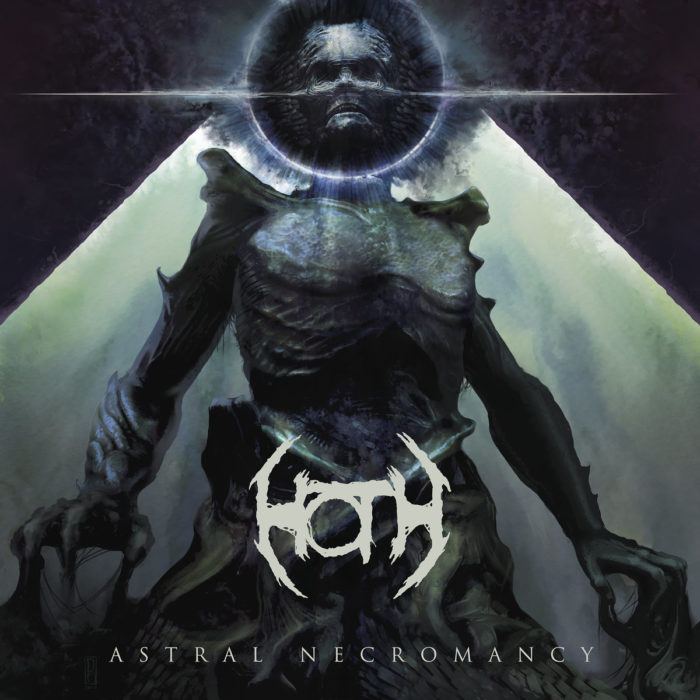 Boy howdy gang, today we get to listen to the lead single from an upcoming album by a Star-Wars themed American black metal band! Let us buckle our bullet belts and get to it!

The songs starts poorly with the vocalist inhaling a deep breath like a toddler getting ready to throw a fake tantrum in order to embarrass his mother into buying him some crappy toy off the impulse rack at the grocery store. The music kicks in immediately after and only serves to reinforce the initial impression. The song consists of 5 main parts that I labeled in my notes as, “intro/outro, A1, A2, lead, and solo.” The intro and A1 riff are both just tremolo picked arpeggios that are so common in ersatz metal, while the A2 riff is just the power-chord version of A1 riff. The lead riff is a jaunty, happy-go-lucky affair that prepares the listener for the peppermint vs. spearmint solo section of dueling lead guitars. Seriously guys, remember those old gum commercials where they would show a corporate boardroom’s version of hip young people skiing? The guitar solos from this song could so be in those commercials. The band tries to mask the verse-chorus-verse structure of the song by assembling these various pieces in what seems to be a random order, but in the end the song sounds very much like all those 90’s era rock songs that (misunderstood and stole) the Pixies quiet-to -loud dynamics. This verse-chorus structure is made obvious by the bellowing vocals of the A2/chorus; it seems like it was supposed to be a catchy, yell-along but the band was unable to quite execute this and ended up with a Greg Louganis moment – the listener can only try and avoid getting the AIDS blood on himself. The production sounds remarkably like Dissection’s “Storm of Lights Bane.” The drums sound like they are programmed and the patterns are predictable and boring and do little besides keep the time. The most telling moment in the song is this particular lyrical couplet, “Confronted in solitude, he is faced with the gnawing truth:/that it was not darkness where he was birthed.” The song is clearly supposed to be about some sort of dichotomy and after a bit of thought one will realize the gnawing truth that the song is about the band themselves: they were birthed in rock although they try awfully hard to cloak themselves in darkness to sound like metal. This song is a fake tantrum – the band is red-faced, kicking and screaming and insisting that they are metal when they are, in fact, rock.

Way back when I was a young ‘un in the “just say no” days, we were told the following story. A man is walking in the mountains in a snow storm and sees a rattlesnake. The snake says, “I am freezing to death, please put me in your coat and take me into the warm valley. I promise not to bite you.” The man hesitates at first, but agrees after the snake promises again not to bite him. When they get to the valley, the snake bites him right in the face. And on the dick. The man yells, “YOU PROMISED NOT TO BITE ME, YOU BITCH-ASS FUCKER!” To this, the snake responds,”Stupid shithead, you knew what I was when you picked me up you faggot-humping cheerfuck.” Word for word that is the story they told me when I was 4 years old. Now, as a reviewer, I do try very hard to listen to the music itself when forming an opinion. Music should rise or fall on its merits as music. That being said, there were plenty of warning rattles with this band. First off, they are from Seattle. Second, they put out an ironic Christmas song several years ago. Third, their name is Hoth. They are named after something from goddamn Star Wars – the planet where the GOOD GUYS of the series hang out. What metal band names themselves with a reference to the good guys? Would you trust the music of a metal band called “Bilbo Baggins?” I would hope not. Don’t say you weren’t warned.

Anyhoo, this song is the lead single from Hoth’s upcoming album “Astral Necromancy” which is being released on June 15th. I, for one, will be doing something else that day. Probably handling rattlesnakes