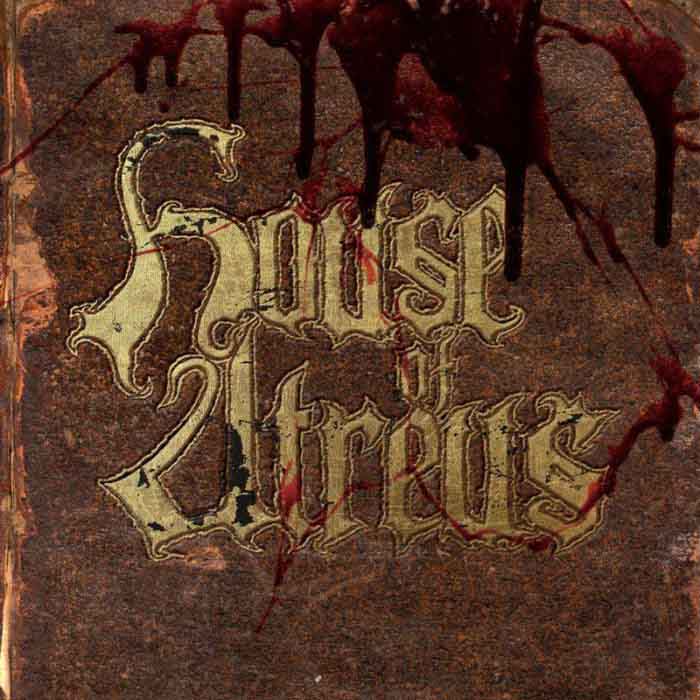 Review by Daniel McCormick
House of Atreus, a four piece hailing from Minneapolis, are a relatively newer melodic death metal act. 2015 saw the release of their first full length, The Spear and the Ichor that Follows, and the overall reception appears to be quite positive. The lyrics and imagery focus on Greek and Roman  mythology, though, much like the band Baltak’s Macedonian premise, this is not necessarily easily derived from the music alone. I have mixed feelings about this release – it has grown on me a little, but I find there are a few flaws worth noting.

Nearly every review I’ve read cites Arghoslent as a similar artist followed by the obligatory, “but they don’t refer to African Americans as cargo.” It is easy to see where this reference comes from, but I’d clarify that there is a difference in so much as House of Atreus sound more like something polished coming out of Sweden than the American raw, brutal, rough, and bloody variety. Perhaps it is an issue of production, which lends a full presence and solid mix, but take for example the song ‘The River Black’. I’m drawn more towards citing Kalmah, Amon Amarth, or At The Gates over anything I’d actually seek out to listen to. I realize there is a large audience for this type of sound, but as a strident, hateful elitist, I’m left unmoved.

That aside, the musicians are competent, the songs are all accessible, and the album is generally inoffensive. This is aided by incorporating aspects of melodic black metal and modern thrash in the riffing, with an overarching aim towards catchy melodies. Song structures are mostly straightforward; they’re developed and creative, but I’d have appreciated greater diversity to maintain my attention over the course of an entire album. The vocals employed give the dynamics a pleasant emphasis, with thoughtfully constructed patterns, but I do wish more of the context of each song shone with more clarity. The percussion is thunderous and solid, it elevates the progressions nicely and I’ve no real criticism to offer.

I’d like to be positive, to recommend this with gushing enthusiasm out of my affinity for antiquity, but unless you’re predisposed towards fanaticism to this genre you’d likely fail to see what unique niche this album fills. To me it sounds like dozens of other melodic death metal works released over the last fifteen years, few of which actually struck me as necessitated additions to my collection. So I’ll leave you with that, to decide for yourself.

Tags: 2015, house of atreus, Melodic Death Metal, power metal, The Spear and the Ichor That Follows