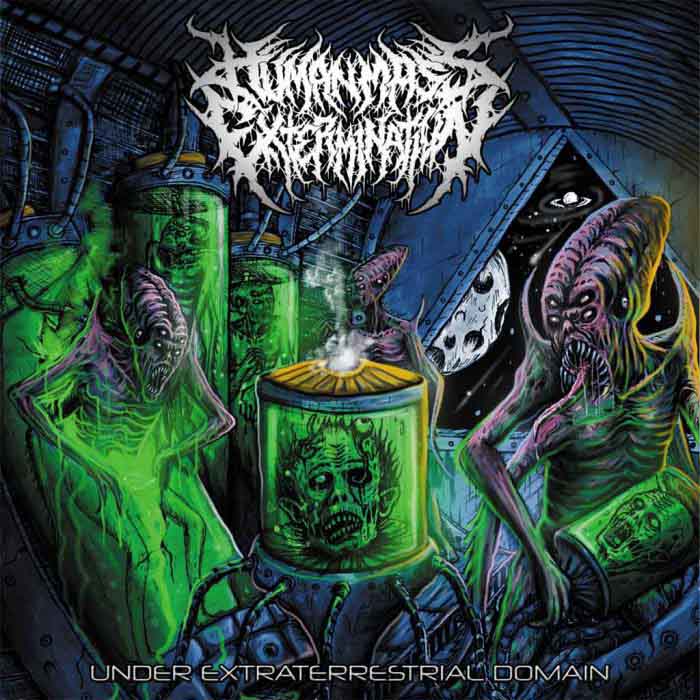 Many of us missed an entire generation of metal because millennials came after the rise of hip-hop and rap-influenced acts like nü-metal and Pantera, so it was almost an entirely different genre. At the core of deathcore like Human Mass Extermination beats a heart of groove, and with it, the influence of rap/rock on death metal and grindcore.

This makes this style classically postmodern: lots of stuff shifting on the surface, but the core is a very simple idea at its center, namely a groove which reinforces itself through constant interruption, bearing forward through momentum as a means of unifying the many divergent surface add-ons from other styles.

Most of these riffs come from the era when Napalm Death combined grindcore with death metal influences, but instead of that surging rhythm which reverted to a primal state, we have a constant groove which subverts grindcore riffs. While this is the best of the genre I have heard so far, it still is not really metal, nor really listenable.