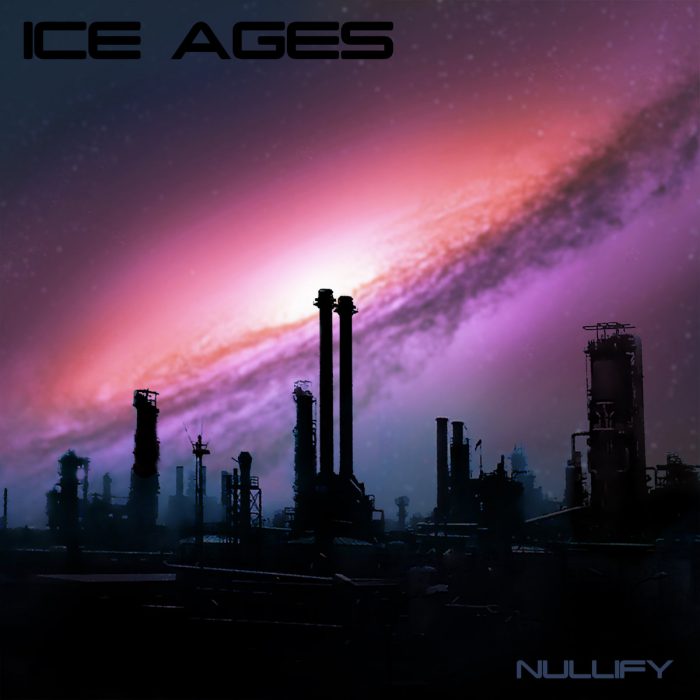 Nullify features by far the most “clean” and “modern” sound production-wise of any Ice Ages effort to date. While this makes for a much “easier” listen compared to the rather dense, claustrophobic sound previously characteristic of this project, the synth tones utilized in some instances here sound perilously close to the textures one could imagine coming across in a different context amongst 21st century “Top 40” or “EDM” production styles.(It just occurred to the present author that much of this material could specifically be easily re-imagined as a Justin Timberlake track).

One of the most common detractions labeled against previous Ice Ages efforts is that of the lyrics, which even admirers of the earliest classic works of this project such as 1997’s Strike the Ground and 2000’s This Killing Emptiness concede are rather awkward angst fare and ill-fitting to the desolate yet mellifluous futuristic nightmare soundscapes. While there is no significant change in that department here, the appearance of some of Lederer’s Linkin Park-esque vocals from the last couple of Summoning albums is not necessarily a welcome addition to the mix.

As for the actual composition of the music itself besides the exterior timbre and vocal/lyrical content, it is generally quite consonant in the melody department balanced out by harmonic layering (as is always the case with Lederer’s work across all project names), organized in “sweltering” cycling song structures as is par for the course for both Ice Ages and nowadays Summoning. However such transitions and construction patterns are way more “obvious” here even more so in the manner of Pop music, and the melodies themselves are generally not as strong or memorable as past work despite their acceptably palpable in the moment nature. The atmosphere conveyed also seems to depart entirely from the general “grimdark” surrealist electro-dystopia of past works, and while the cover images suggest a more “spacy” oriented approach that is not really reflected in the music which generally seems to evoke more of a contemporary “neon” techno-urban ennui sensation in the manner of modern Synthpop revival than anything.

Overall, the music contained within Nullify is an acceptable and competent execution of late-2010’s Electropop stylings, despite some of the production choices making it potentially difficult to digest for many listeners around here. However, by the generally rather high standards of Lederer’s compositional work across previous Summoning, Ice Ages and Die Verbannten Kinder Evas efforts, this is ultimately – at best – a very minor work, and completely unessential.