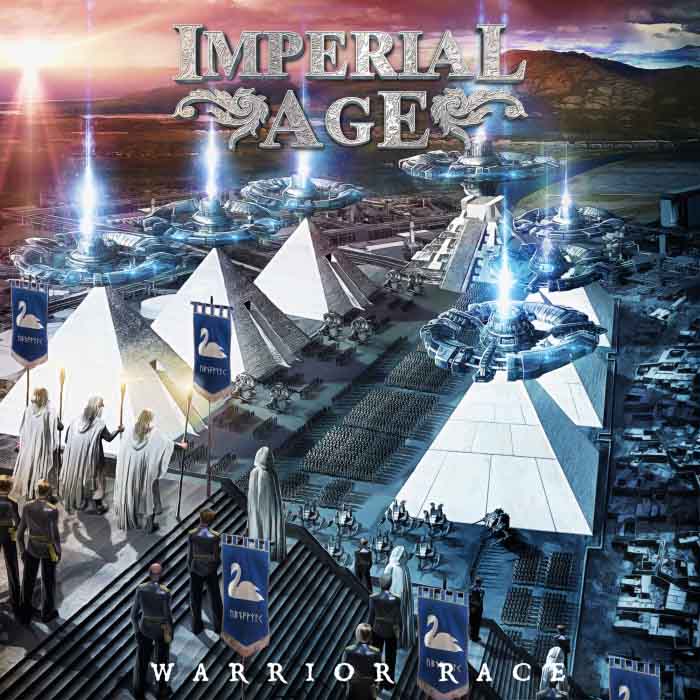 Power metal releases are, admittedly, not the the first thing this site’s audience mainly come here for, but every once in a while we grace your eyes with the occasional appraisal of very rare honorable mentions of this superficial genre. More often than not, power metal is vain and empty, and although musically competent, also musically laughable. By its very nature, it has a higher incidence of worthless products, but that could be said of almost any mainstream genre when compared to underground ones. Contrary to your expectations, Imperial Age will receive praises here today. A cursory glance at Warrior Race might leave the impression that there is nothing new, nothing different in here that could set it apart from the bulk of contemporary power metal releases. It does not even pretend to have the progressive inclinations that some of its most ambitious competitors boast of. Structure-wise, it is as predictable as the most rigid sing-along pop acts. The tone is typically flamboyant and aristocratically haughty as becomes a European power metal ensemble.

Warrior Race distinguishes itself almost imperceptibly by placing musicality itself on a pedestal. Not theatrics or virtuosic display as is the common staple of the genre they move in. In this, they follow in the footsteps of old-school (pre-2002) Rhapsody (later known as ‘Rhapsody of Fire’ due to a legal mix up). A marked difference exists between the Italian veterans and these upcoming Russians, and it is that whether by conscious or natural limitations, Imperial Age’s music is far more toned down, and concentrates on the clarity of long melodies and creating a very fluid feeling around it by not being sloppy with the accompaniment, turning it into a complement rather than simply a generic support. One of the better traits they borrowed from Rhapsody was the art of allowing the music’s tempo to swing from slow and mid-tempos to cautiously implemented faster ones without being obvious and applying smooth, slow transitions and never introducing brusque changes within a song.

In terms of character, Warrior Race displays the traditional hymn-like chanting of epic power metal made more enticing by the healthy and non-pretentious use of at least four different lead singers (or distinct variations in the singing style) that do not clash or contrast too much with each other. This smoothness may be given to the fact that most of the time the voice is leading yet does not “steal the show” on the level of opera singing. This may also have to do with the way vocal lines are composed which melds them to the river-flow of the folk song. On the surface level, the folk element of traditional European power metal also makes an inconspicuous appearance that further contributes to this suave and rather humble album.

Imperial Age will not leave an indelible mark on the genre, nor will they be praised by innovation, but innovation is not required for excellence and interest of the deeper kind. As music with the right amount of variety balanced with a human feeling that streamlined pop metal artists would call “amateur”. Like many an authentic folk music rooted in a strong intuition of simple human sensibilities, Imperial Age’s Warrior Race presents one of those rarely-seen releases that grows with repeated listens from its musicality, making no claim to direct summonings of a deeper, more transcendental nature.