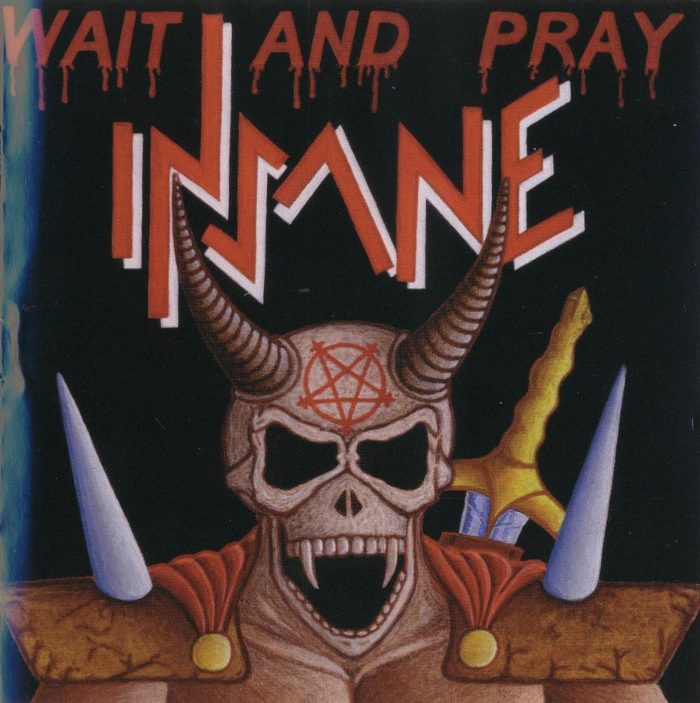 Enjoining your nodding brothers, you bask in the steady array of the one two pulse as it drives rote raging neck snapping thrills – the communal catharsis of taking comfort in the familiar overcomes you. The gruff swelling amber vocals foam over with mythical tales of witchcraft and war which never were but always are for the leather laden warriors of death! An ecstasy of tapping preludes the Araya-n wailing as ping pong balls crash into the cement. Fulfilling prophesy, the registers climb higher, broken apart by Hanneman/King mental breakdown – the main theme reasserts itself for the finale by which time you’ve forgotten the matriarchal nagging which plagues your middle years.

You walk to the corner where decaying drywall has garnished your case of bitter ambrosia to grab another round which you hope will bestow enough courage to approach any one of the viscous vixens who climb rank each time you tilt your head backwards. That is until you hear the Black Magic cutting through sparking lighters and collapsing aluminum. The animalistic atavism overcomes your instinctual urges as it procreates the wicked mosh riff where appropriate. Showing no mercy, you lose yourself in the maiden-esque B flick horror by shoving, flailing and fleeing captivity from your career at Chevron.

The night continues as your feral soul gradually loses the ability to distinguish musical movements which fade into an undistinguished background. Undifferentiated streams of stimulus are the only sense of normalcy you experience. You yell incomprehensibly during what appears to be climaxes while raising jittering fingers at bouts of showmanship but it’s more of the same. Diminishing returns draws the crowd ever closer to blackened awareness. The party scatters gradually while the record earnestly trudges onward. You can still hear it playing as you stammer and stagger back to your car whose undisclosed location is less of concern than trying to avoid swaying into others shoulders who are equally remiss of personal boundaries. The first signs of dawn illuminate a veil of uncertainty as to the events of the latter half of the night. You locate the vehicle and retreat to the streets; it is unclear who is under command but both entities make the return trip.

As you drift in and out of consciousness to the pleasing scent of nicotine stained hands which rest next to your nose you are reminded of the simpler days before your birth when the arcane art adorning the four walls which envelope conjured more than comfort. Martial bursts of snare or Floyd Rose enabled bombast signified an impending cataclysm which never reduced civilization to roving hard body motorcycle gangs. Instead you relive the fun house future in your mind as executed by the faithful in predictable means who dare not deviate from compositional tradition. Your reflections come to a close as they center upon on final insight: while structurally non-circular the music is painfully predictable and therefore, while pleasant, offers little for any seasoned veteran and therefore easily becomes the object of indirect listening whose best use is in mood setting. Your head is spinning which sends these conclusions down the sink next to vomit. By the time you awake you will have forgotten the pains you’ve experienced as you clock in and daydream for the eternal return of the weekend.