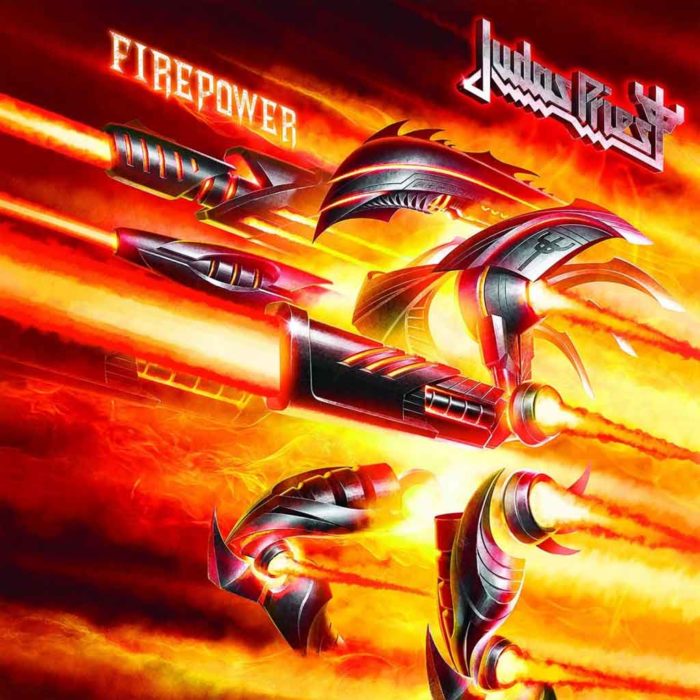 Following up on their recent work which ventures more into rock and hard rock, Firepower specializes in heavy hard rock riffs and vocal hooks to bring in the audience, then leads each song to a point where its conflict detonates and results in an entirely different mood, something between militant intolerance of illusion and a mythological compulsion (thymos) to aspire to greatness and significance.

Each song on this album demonstrates distinction from the others by its melody and the techniques that enhance it, so despite very similar guitar riffs and initial vocal gambits, these songs stand out and become infectious. A typical song starts with a trudging riff that picks up pace as the vocals flesh out melody, leading to a type of complex architecture where an occult central melody emerges through vocals.

As usual, the Judas Priest formula of half-ballad half-jeremiad works well for them. Softer parts of songs lead into moments of profundity which transition from simple hooks to melodies which have a sense of gravitas, and this creates the definitive “heavy metal experience”: moving from the human to the greater-than-human, a mixture of history and mythology, in which the individual loses himself in the larger order.

Stronger than the last twenty years of output from this band, Firepower shows Judas Priest returning to their 1980s form with the slightest touch of newer technique, but mostly an emphasis on songwriting, because the distinctive melodies paired with riffs are what deliver that sense of unity with the world that makes heavy metal great.

Despite personnel shakeups, Judas Priest returns with a powerful album because it is both listenable and challenging, much like the highest moments of their career such as Painkiller, merging the heavy with the human. Classic heavy metal fans as well as those who enjoy any quality music will find something to enjoy in Firepower, one of the few heavy metal releases of late to be truly memorable.