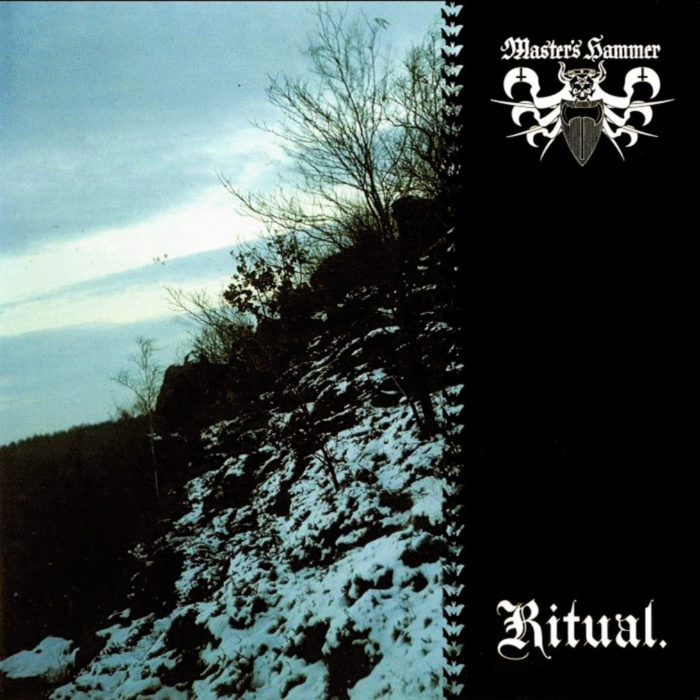 The keyboards are tasteful and never overpowering while switching between reenforcing the leads and Franta Storm’s vocals as a mellotron choir. They are not used to connect unrelated riffs in a carnival atmosphere nor to create additional extraneous atmospherics but merely accentuate those already established though the songs’ riffs, melodies, harmonies, and structure. The Czech lyrics leave nonspeakers with illusions of Storm being possessed and speaking in tongues as he echoes the rhythm and lead guitars, raving demonic liturgical incantations and sermons past the point of hoarseness as the devils within compel him to continuing leading the black mass at a witches’ sabbath held deep in a gothic ruin of the thrice-misnomered Holy Roman Empire.

Riff phrasing is immaculate, cyclical, and extended, predecessing later atmospheric takes on the genre but on Ritual is never neutered. Obeying classical rules of composition, the rhythm riffs’ diminished chords resolve through returning to a tonal center and the leads’ consonance. Percussion is properly metronomic with thundering timpani rolls and martial fills reinforcing guitars. Neo-classical, often Bartókian leads compliment the rhythm riffs in speed metal verse-chorus-verse song forms. The unyielding tempo and structure of the eleven tracks on the album entrance with nothing extrinsic to jar back to palpable reality.

Master’s Hammer leads a musical dance macabre rather than merely referencing and expressing the emotions behind the dance of death as Mercyful Fate did; the album could easily be the soundtrack to an occult horror film like Corman’s The Masque of the Red Death, serving as the red shoes for a dawn-bringing rite of spring.  More Baudelaire than Mayhem, Ritual is speed metal from the Scholomance.