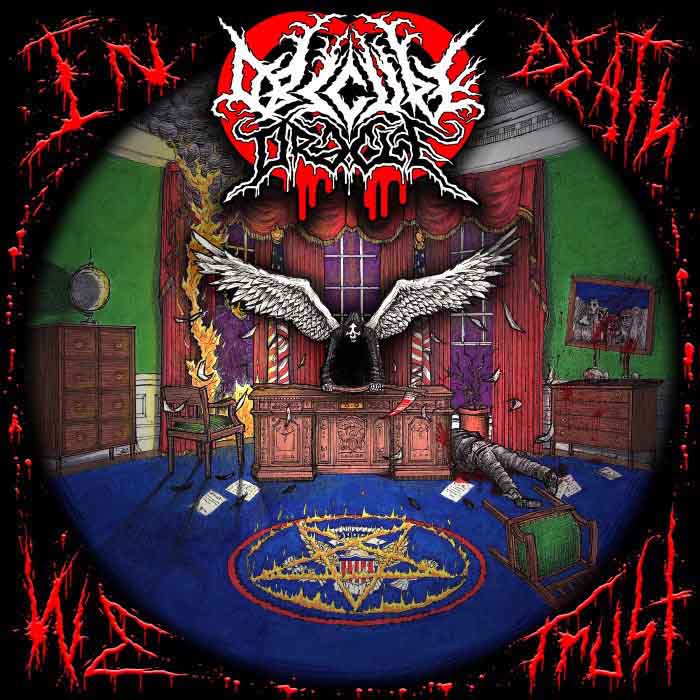 Sometimes, the 1980s seeks you out. Sounding like a cross between old Nuclear Assault and Forbidden, with hints of Iron Maiden, Obscure Oracle bash out In Death We Trust by using death metal tremolo riffing in a mid-paced speed metal band with melodic accents to its riffs and noisy guitar fireworks. Borrowing from the riff forms that picked up speed coming out of the NWOBHM years, Obscure Oracle fall into the comfortable pacing of later speed metal, and crown it with high-pitched but tense vocals that could come from Bruce Dickenson on a Monday morning. Songs fit together well, keeping a dominant rhythmic figure that can induce nodding and foot-tapping in even the most hardened audience. While the result could send the Tardis back to 1987 at a distance of fifty paces, this band keeps their own sound and lets their enthusiasm for the material carry this future-to-past melange to new heights.