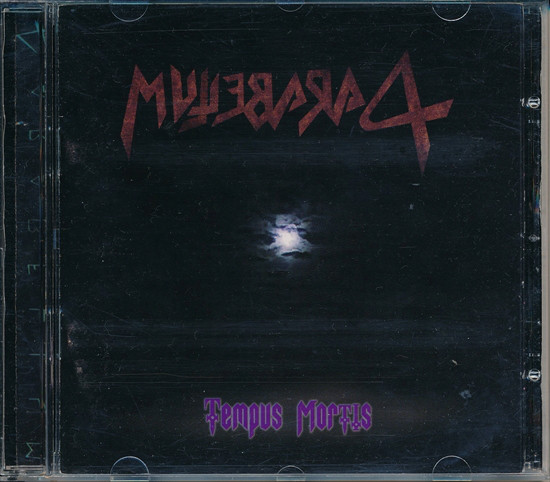 Our commentary on the work of Parabellum must start by going beyond genre sectarianism that plagues genres, including that of so-called Colombian “ultra metal” back in the eighties. To begin with, Parabellum is arguably the originator of any and all musical contributions by said movement and style. That is to say, “ultra metal” is Parabellum. All other bands subscribing to this approach are seen to grasp only a fraction of the possibilities, with unique propositions that fell short by an apparent lack of insight of what the breaking of chains occuring here could lead to. Where the movement was clearly imitating the visible distinctive traits that Parabellum exibited, it was this band alone that cultivated twisted vociferations, stop-go hardcorisms and unconventional ways of utilizing caveman black metal riffs into compositions that were not only well-beyond their time, but which signal a timeless approach that could inform possibilities for the future of metal well into the 21st century.

At its most metal, we find traces of eighties underground metal in thin bits, but assembled and executed to mean something entirely different. One could arguably even find here the techniques of the earliest Bathory and even Venom, except for the fact that Parabellum’s earliest compositions are contemporaries of said early acts, and are not influenced by them [1]. The drumwork is an application of hardcore punk alla Discharge, adapted to new uses. The guitar is often performing basic power-chord-driven metal phrases in short forms, while at times appears visibly affected by the darkest ambient-progressive of the seventies, coagulating into a unique expression of minimalist extreme metal guitar technique. The vocal approach mixes what would become a staple of Colombian underground metal vocals, a kind of angry-man low-tone bark, with wild high-pitched screeches like claws on iron, both of which succeed each other, or even combine within a passage, thus providing the asymptotes for an extremely wide range for the vocal to unravel its drastic contours. Surprisingly, the vocals are rather intelligible, demonstrating an even greater control and fusion of function and artistic expression.

What is most laudable about Parabellum’s music, to those who can digest its confusing aesthetics and perhaps somewhat imprecise instrumental execution, is that the effects created by a highly idiosyncratic language never become the centerpiece of the music. The musicians are always in control of the techniques that have been developed, and they are always used towards compositional aims, producing arrangements that are made up of, but which ultimately dwarf, the shocking sonic effects of individual moments. What we find in Parabellum is some of the greatest raw composition to be found in metal, unmatched in the alliance it contains between anarchic freedom of expression with an almost militaristic focus upon concepts and methods musical and otherwise. To say this is an organic, natural-sounding music is not only obvious but besides the point. More impressive still is that meaningful arrangements of unhinged sounds have been in turn organized into solid structures to such a full extent that a total integration of being arises in the music. Terror and despair are the defining characteristics of this music that is at once superbly detached and mindlessly entranced in a preternatural source.

[1] We find that in 1984 Parabellum had already a working version of all their innovative compositions, ostensibly in a much more musically developed state, though more crude in recording and execution, than its famous “black” speed metal contemporaries ever reached. https://www.metal-archives.com/albums/Parabellum/Rehearsal/380918