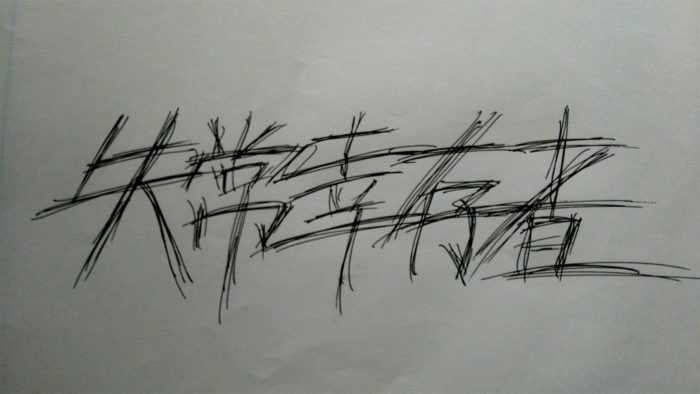 Psycho Survivors is a zombie/Lovecraft themed metal/synthwave hybrid band from China. Its first album, The Cursed Town, is the initial part of a trilogy about what happens in a dying society when the dead come back to life and bring a nameless, pervasive fear to a sleepwalking society.

Zhixin started as a serious guitar player at the age of 16 when he began composing and performing with local rock and heavy metal bands. After living through a chaotic youth, at the age of 26 after a series of tragedies and apocalyptic realizations happened in his life, he decided to take a 180 degree turn to write music in the vein of the underground metal and synthwave music he enjoyed, inspired by both ancient traditions and dark literature. Having left behind the world of normalcy and safety, he has never looked back, and remains a cryptic figure in the local music scene.

Wuai began playing guitar only recently while surviving through a day job in a tobacco company in Shanghai, but he quickly became an aspiring musician when he recognized the magical potential of music as a medium. Busy honing his craft to the level of black magic, he prepares for a final conflict when he will unleash his sonic mayhem on this fallen world.

“Alive From the Grave” is a two-track demo which precedes the upcoming album from Psycho Survivors, The Cursed Town, which has a Lovecraftian/apocalyptic theme:

You are alone in the darkness in a small town far from the city where the lights and concrete shut out the natural world. Something has arisen in the darkness… and it is hungry. You watch in horror as the dead emerge from the grave to destroy the idiocratic citizens of a dying age.

In the world of Psycho Survivors, the difference between human and zombie blurs in this musical tale of dark creatures invading the world. Inspired by the work of H.P. Lovecraft and Friedrich Nietzsche, The Cursed Town synthesizes heavy metal and darkwave music to create an apocalyptic vision which persists long after the last note ceases to sound.

“I write about stuff in my environment, so the people or places described in the music are based on the real world. In a historical sense, the forces of the zombie cult or dark creatures definitely resemble the cult mentality you can feel in my society, and this is something the herd trying to hide too: the country is in a slump for a long time,” says creator Zhixin.

The music pulses with the energy of industrial and the gentle melodies in layers of synthwave, but transitions between layer and riff more resemble the death metal pattern of internal dialogue between phrases, which gives this more tangibility as a listening experience than most industrial or synthwave, which by its cyclic nature tends toward more of a background approach.

In addition, melodies resemble more of the dark but naturalistic approach of black metal, which allows these songs to flow and develop from within themselves instead of hammering out a dominating theme. This seems similar to the approach that Beherit took in combining narrative and layered/circular composition in Celebrate the Dead, and is evocative of Tangerine Dream in its general outlook.

For this band to develop further, it might be interesting to see them work in more guitar work including some of the rhythm leads used by bands such as Burzum, and perhaps to find a method around percussion other than the metal-style drumming which underscores much of this work. “Alive From the Grave” is a promising start not just of a band, but perhaps, a new genre.