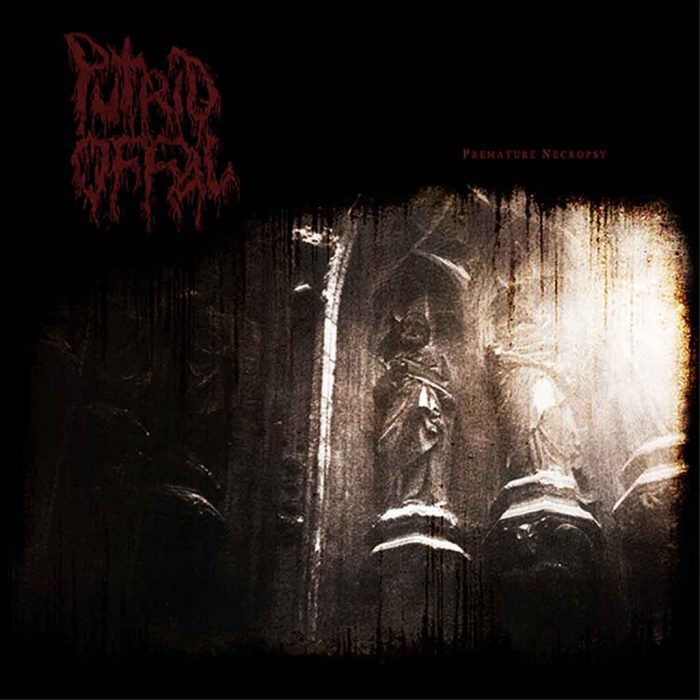 Grindcore requires making the most of small changes in texture, rhythm, and direction in a flood of chromatic riffs in order to signal contrary motion, bring out conflict, and sculpt a structure out of a few contorted power chords played like a puzzle in different formations.

Following on the heels of legends like Blood and Repulsion, Putrid Offal makes grindcore which leans toward the tremolo strum more than the slam, and therefore whips up a powerful inertia which it mutates to develop each song. Crepitant vocals, heavy distortion, and hardcore-influenced riffs round out the package.

Like the best of this genre, these songs work best as a stream, and this album — which compiles the the many splits, seven inches, and singles from this northern French grindcore band — shows the power of cautious remastering to bring out clarity without washing out detail in the volume wars.