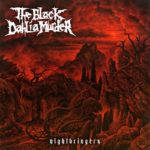 Having released the same album 4 times in a row, The Black Dahlia Murder needed to come up with something to satisfy their soul-raping Metal Blade Records contract.  Dry on ideas and inspiration, the band decided to play the music from Castlevania 2: Simon’s Quest at fast tempos and have Trevor do the same vocals he’s been doing for 15 years over and over again only with country western lyrics about being him the widowmaker.  I appreciate gun violence lyrics that are highly underused in death metal, Trevor mah dude, but this Castlevania-core waste is empty without tranny-slaying masculine aesthetics.  Remember that Simon Belmont was commissioned to hunt sodomites by the pope, you fucking asshole! 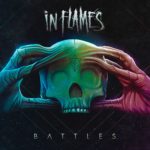 Holy shit!  In Flames, what the fuck are you doing?  Not only does this album claim the gayest album title in metal history- it also has the gayest artwork!  What the fuck is this Rainbow Roll sushi screamo shit?  Why are you still crying- Orgy is playing dubstep now, why are you still trying to do their vocals and shit?  What the fuck are you saying “we’re in this world of make believe” dude, this Alice-in-Wonderland shit couldn’t even score you #8 on the most popular bands that played death metal list! Who the fuck are these people anyway- none of you were in the fucking band throughout the first, fuck, like 3 albums or some shit?  Still playing nu metal, still doing emo choruses, still humiliating the Swedish Death Metal Scene.  Still incorporating industrial, still using feminine vocals.  Dude, I can’t wait for the “Asian” migrants to kick your severed heads down the streets of Sweden lick a fucking football in the name of Mohammed, you beta fucks! 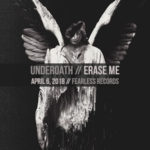 Okay, I’m a fucking dick for persecuting my fellow Christians, but you know what?  In 2006 the guitarist of this band fucked my buddy Steve-O’s girl while they were dating!  Fuck that shit!  I think she was underage and shit to, now she’s out hoein it up in Boca Raton now with all those rich fucks and weird ass Florida guidos and UnderOath is here playing this goofy Thursday clone screamo.  Also, Underoath’s drummer is too pussy to call his music Christian even though it is.  Man up, you fucking beta-male!  Get your ass into a real church, none of that Joyce Mayer shit, get on some hard fundementalism like a real man. 1st Timothy chapter 2 says women should be silent and submissive and obedient, so man the fuck up and force those women into submission instead of singing like them, you half assed stupid bastards!  And stop stealing Jonathan Davis vocal melodies- it’s fucking embarrassing! 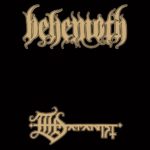 Leukemia boy is back!  And more broken than ever!  Yes, this fucking waste of shit pretty boy Nergel wasn’t man enough to hold down a real woman in Doda and witnessed her fuck some roid-head body builder instead.  If Nergal was a better musician this wouldn’t have happened, but apparently he was too busy putting on clown makeup to learn some real guitar technique.  Remove the vocals and drums, and most of the riffs on The Satanist sound exactly like the first Static X album.  Other times, he rips off Erik Rutan’s flavor of the week shitshow Hate Eternal even though nobody remembers that band anymore.  Unfortunately, the Polish government has again failed to execute Nergal for his crimes of blasphemy and degeneracy, but hopefully the nation will close their boarders and become a true theocratic monarchy.  When this day comes, Nergal should hopefully be burned at the stake AFTER his pants are pulled down so the world could see why he couldn’t satisfy a women.  And it we’ll all know it wasn’t the fucking leukemia! 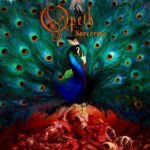 A FUCKING PEACOCK!  That’s the cover and the music- full of pretty colors, flamboyant elegance, and increasingly rare species (prog metal losers).  When all is said and done Opeth will not remembered fondly by the metal world, with a legacy of producing the most obnoxious fans in metal history.  This is just gay prog rock, no metal, some chugs and distortion here and there, but this is overall just bad 70’s revival.  Opeth, there’ s a reason this shit died in the 70’s: IT SUCKED!  Mikael, you’re a pussy, and thanks to you many men will die fat and useless without every having experienced a woman’s warmth.  Queer prog rock for queer people, The Sorceress is secretly an Incubus.  Fail! 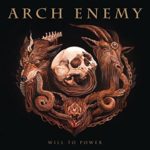 Get back in the kitchen! 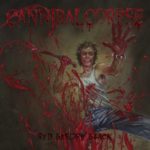 What the fuck, when did Cannibal Corpse become Cryptopsy?  This is a total ripoff of Blasphemy Made Flesh and Lord Worm’s shitty grandpa-death-metal vocals.  There is no point to this album existing other than Cannibal Corpse being pinned down to a life destroying Metal Blade Records contract.   The solos sound like Kerry King’s wammy bar seizures from Slayer’s nu metal phase.  Riffs and songs are indistinguishable- there’s a bunch of palm muting and a goofy uptempo drumbeat.  This music syncs up perfectly with the scene in the Rudolph the Red Nosed Reindeer movie where the elves are singing about the island of the misfit toys.  WHAT DO YOU MEAN HERBIE DOESN’T LIKE TO MAKE TOYS?  Think about it bro, that shit was the reason we have SJW Mortal-Kombat looking chicks that go to Cannibal Corpse shows.  Woah. 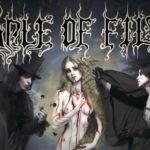 Cradle of Filth – Cryptoriana – The Seductiveness of Decay (2017)

Midlife crisis circus freak Dani Filth made a good move booting his waste of life guitarist Paul Allender after decades of medocrity and shit album after shit album in favor of a bunch of young gear-head music geek musicians.  But sadly, some good guitar playing is lost on terrible music with no soul or originality.  The musicians are trying to rip off 90’s symphonic metal but are hindered by the worst vocalist in British metal history, obnoxious chick vocals, and homsexual aesthetics.  OK, I take back what I said about the guitars- I heard most of these riffs in albums from My Dying Bride and Paradise lost.  The musicians are actually stealing riffs and melodies from other COF albums- what a bunch of dorks!  What the fuck Cradle, is goth so dead now that you can’t even find an attractive keyboardist anymore?  If you’re a fat loser that watches Queen of the Damned with tears streaming down your face knowing that Vampire raves will never happen again then this is the soundtrack of your life.  For actual metalheads, get the fuck away from this shit! 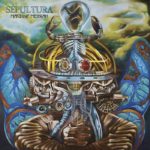 Well, it’s not as gay as Roots.  But Sepultura have still pissed away their future with their new singer Derrick Green, destroying the Brazilian identity that had one of the world’s largest nations rallyed behind them.  Okay, so he’s been in the band for 20 years- BUT HE’LL ALWAYS BE THE “NEW” SEPULTURA SINGER, BECAUSE BRAZIL WILL NEVER ACCEPT HIM.  This is some weird, avent-garde art rock, not metal, not good.  Just some weird blues singing over some random, meaningless guitar waffling.  Fuck, at least the drums used to be good but now that Igor’s out we only have the bassist from Morbid Visions and a bunch of Ed Hardy/Tapout guidos.  Fortunately Jair Bolsanado will soon be president of Brazil, will bring the dictatorship back, will deport or behead Derrick Green, and hopefully will force a reunion with the Cavelaras or at least execute all of the current Sepultura members so we don’t have to see these sellout scumbags hogging up the bills of U.S. tours. 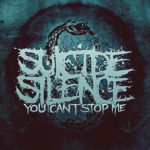 When singer Mitch Lurker died in a horrific motorcycle accident the surviving members of Suicide Silence have declared revenge on the world that has claimed the life of their former leader.  This vengeance has been exercised by attempting to revive Nu Metal, the one sub genre of music universally denied by metalheads of all creeds and color and recognized by all as a mistake.  While nu metal influences have since been kept mostly within the confines of war metal bands on Nuclear War Now! records, Suicide Silence creates a full blown Fred Durst experience on You Can’t Stop Me complete with lyrics penned by likely high school dropouts.  Even the white trash, face-tatted fans of Suicide Silence have rejected this trash heap of shit and degeneracy as being beneath them- sad!  The incorporation of Z-grade death metal riffs that would have been rejected even by Mortician or Swansong era Carcass fit right in with the drop-A groovecore jams longing for an era when mountains of cocaine were awarded to rape victims to pose as metal singers and record duos with failed rappers.

If you want to sell a shitload of metal records, be a faggot and change your style to faggot music after at least one album.  If you want to be death metal, don’t be a faggot.  You won’t have a million Facebook fans, and that’s a fucking good thing!

PS:  Nobody on this list owns a big house