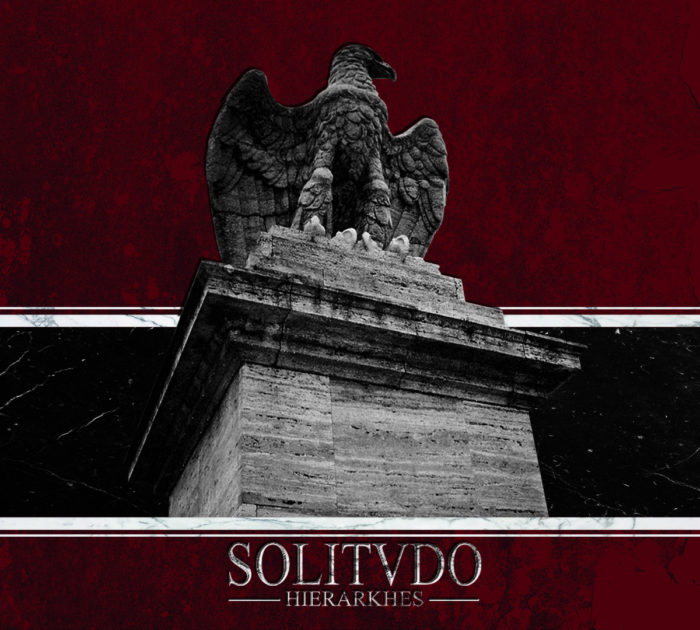 Solitvdo want to tell us that the Romans were ruled by white people who had marble, alabaster skin given to them by Venus herself. The Romans gorged themselves on the blood of their barbarian enemies. The empire’s strong militant legions conquered the known world in the name of their sky-father and protector mystery deities, the last of whom was Jesus. Solitvdo probably hate that fact. The legions’ primary virtue was manly courage which equaled authority. Unfortunately unlike the Roman legions with their iron-fisted virtues of righteous, methodical conquest, Solitvdo are incapable of writing proper black metal songs.

The most melodic continuity on to be found between the guitar and keyboard which merely carry over motifs started by one instrument and carry over to the other. Otherwise, these songs begin with an intro which then cycle between A, B & C before ending on an outro of sorts. Further betraying its conceptual schemes, the drums give a performance which is anything but martial causing the whole work to feel more like glitter than gloom. Everything is rather canned, bland and demands the sort of head nodding – from side to side- one is inclined to do sitting at their desk. It’s a curiosity that so much of thematically militant, imperial or fascist metal bands end up sounding like lengthy depressing pop music. The emotive content is rather flat as it dwells in the middling field between triumph and loss. This is further accentuated by one-note vocals whose patterns and delivery neither portray any sense of drama nor heighten suspense. Never does Solitvdo apotheosize themselves in triumph on Hierarkhes but at least Solitvdo have the swords and sandals riffing down to hopefully go somewhere in the future if they can get a compositional clue.