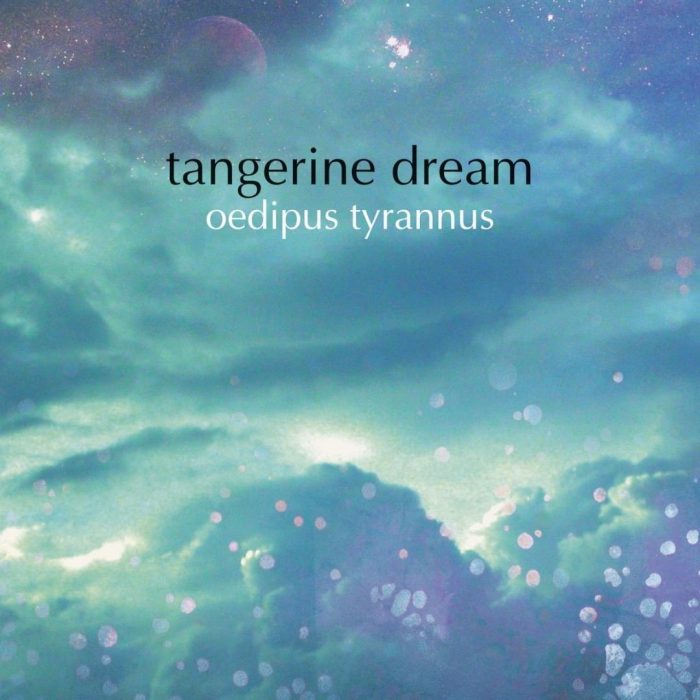 Oedipus Tyrannus was originally recorded back in July 1974, but for some unconceivable reason it was never released due to the group being somehow unsatisfied with the final product, resulting in it being reduced to the realm of whispered rumours and incomplete bootleg jobs for decades. It is thanks to Steven Wilson of Porcupine Tree/Bass Communion that a complete, properly mixed, official release of this “lost album” finally manifested as part of the recent 18-disc boxset titan In Search of Hades: The Virgin Recordings 1973-1979.

Ignoring the hype about its “rare lost album” status or before even taking into account the actual qualitative merits of the music itself, Oedipus Tyrannus is a very important recording acting as a snapshot into a critical transitional period for the group.

This album was recorded as the immediate successor to the breakthrough record Phaedra of classic line-up Edgar Froese, Christopher Franke and Peter Baumann; and yet its sound is a chronological step “backwards” to the cryptic dark sonic abysses of the group’s legendary Ohr label-era releases such as Zeit, Atem and the similarly unreleased/rare Vampira OST; while also seamlessly displaying the first prototypes of the spacy synth textures of 1975’s Rubycon.

It should go without saying that this album is a must have for any Tangerine Dream or general Electronic fan, to say nothing of those who have the strongest preferences for the mysterious iconic sound of those earliest TD records which bring to mind stylistic reminiscences of both Penderecki and 1968-71 era Pink Floyd, alongside obvious prefigurations to both Lustmørd and later Steve Roach, while ultimately not actually sounding quite like anything before or since.

The sonic ground explored in these tracks is among the most expansive and diverse of any individual Tangerine Dream record. From the idiosyncratic sequencer ambush of “Battle”, to the hazy reverie of “Baroque”, to serious cosmic depths of void soundscapes “Overture”, “Act 1”, “Zeus” which comprise the majority of the record, to the concluding conspectus of “Act 3”… Oedipus Tyrannus is a genuinely monumental effort that is difficult to overstate.

It is also worth mentioning that the present author has listened to almost every single Tangerine Dream release, and out of those 120+ logged recordings, Oedipus Tyrannus unquestionably (at bare minimum) ranks among the All-Time Top 10.

While it would perhaps be unfair (though fitting!) to bestow the title of “Album of the Year 2019” upon an album from the 70’s, I will be pleasantly surprised if anything in the next 5 months will manage to surpass this.