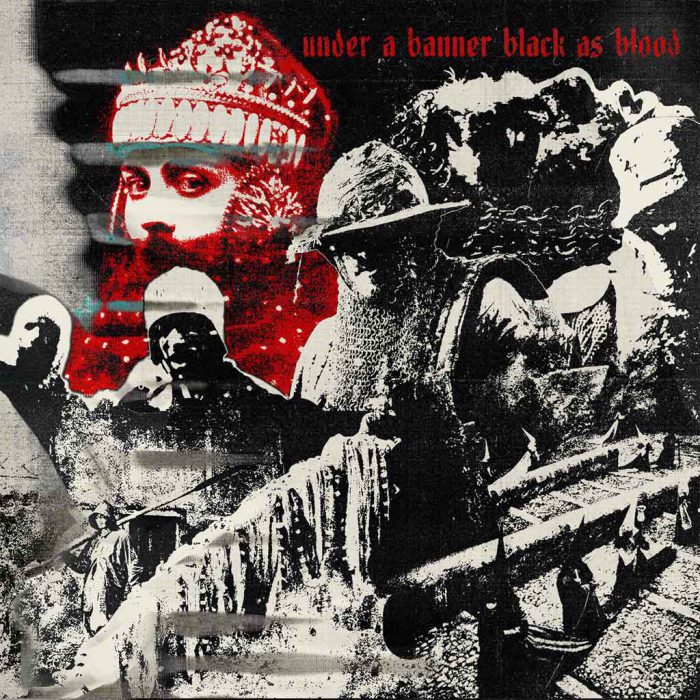 Under A Banner Black As Blood starts with fairly typical dungeon synth that leans more toward the epic soundtrack arena that Tolkien, Lycia, and Lord Wind explored, but then the martial industrial elements come in with more use of rigid cadenced drum machines and sound samples. The first four tracks explore the epic side of things, and the last one turns toward almost exclusively militant music, with the intervening track venturing more into atmospheric territory.

As is the case with all mashups, the old is new again, or rather, the new is old again. This album discovers some promising majestic themes and works them out in almost worksheet style, but ends up immersing the listeners in a world which is fortunate far from the mundane ruin we experience on a daily basis.