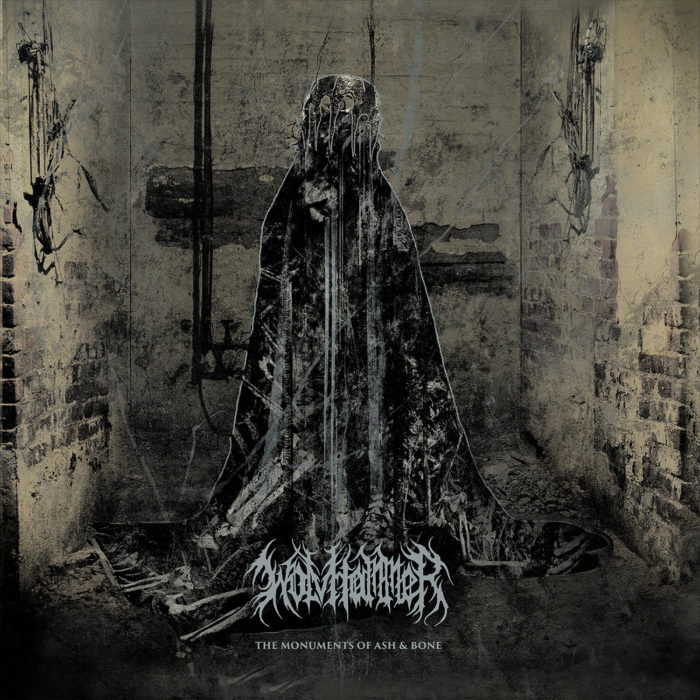 Thankfully the band is not masking a lack of melodic sensibility through textural meanderings, but because this is a meat-and-bone riff band, they live and die by the strengths of their individual themes and arrangements.  In an attempt at boiling their presence down to a single dimension, the simplicity lends itself to the best releases in black metal, but the command of Wolvhammer in particular is a far cry from what would be a fully-realized artistic statement.  Where simplified arrangements provided a hypnotic trance to shed the trappings of superficial elements of humanity in progenitive black metal releases, the endless droning repeats of passages here are devoid of any development to even begin a narrative journey given the absence of any key changes and similarity of riffs explored.  Minor chords are used sparingly as clumsily dropped conspicuous pieces of evidence to prove to the audience that yes indeed you are listening to a black metal record, but the bulk of the phrases being Mastodon and AC/DC riffs easily betray that sentiment.  The dreaded pathos of the weepy side of American black metal that we were initially spared rears its head during “The Failure King” which is also stapled together with the kind of haphazard arrangement that is used when you only want to bash your audience over the head with an overbearing chorus, structure be damned.  At the very least, some sense of dynamics are preserved due to most of the tempos being mercifully mid-paced and in some instrumental choices like the bass break in “Dead Rat, Rotting Raven” but the slightly successful flourishes come off as more accidental than assured given the juvenile command of structure and melody.  The most rewarding moments are the repeated use of the same synth tone in between certain tracks that feels lifted directly from a late-70s horror movie.

The more the record plays out, the more the post rock elements begin to bleed through the overcoat of black metal bravado.  The last track, “Solace Eclipsed” features a welcome string section that eventually erodes to the most cringeworthy moments of the record as the groaned lyrical cliches are spilled out over an extremely pedestrian alternative/post rock melody that climaxes as a grunge song would.  Herein lies the full approach of Wolvhammer:  duplicity through the bait-and-switch of black metal aesthetics lulling the listener into a false understanding through superficial familiarity which eventually gives way to the skeleton of unassured musings from a mismatched well of inspiration.  Whether they are months removed from metalcore runway shows or fully immersed in the immediate gratification of modern city life doesn’t matter;  they’ve pieced together a record under the guise of confidence and as such the record should be judged on its raw substance and not the mystique surrounding the players and their intentions.  When evaluated as such, Wolvhammer doesn’t have a leg to stand on.