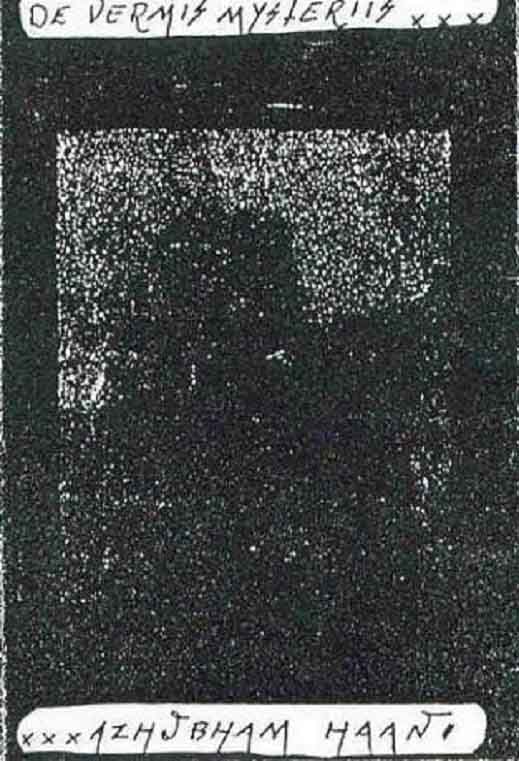 Sweden’s Angramain’yo was responsible for various, interrelated black metal projects in that appeared in demos during the years 1991 and 1992. They were all rather primitive, clearly eschewing musicianship for musical elaboration on minimalist premises. In, Desentery, the artist appears focused on developing a clear structure for the crudest but expressive phrasal riffs, this flourished into the project for which he is mostly known: Azhubham Haani. The transition from the precursor to the actualized musical goal came in the form of a higher awareness of the ‘sound’ principle, utilizing structures to define areas of mood by variating texture, intensity as well as the vocal tone, the last within limited bounds. Somewhere in this journey we see the appearance of a singel rehearsal take from an alternate project called Daemonius. Contrary to the more dark cosmology of stars and blackened spaces depicted by the music and words of Azhubham Haani, Daemonius would rather attempt to formulate a mysticism of violent naturalism not unlike the spirit and musical approach of Ildjarn, however informed by the artist’s personality. Before serving prison for stabbing a man in the throat, Angramain’yo brought to our world the crown jewel of his underground metal achievements in the form of a veritable dark revelation: De Vermis Mysteriis.
END_OF_DOCUMENT_TOKEN_TO_BE_REPLACED