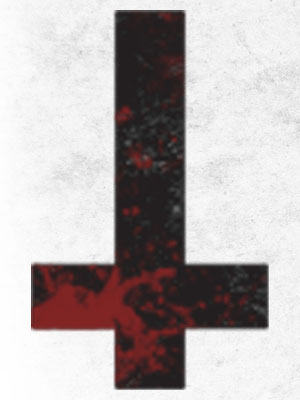 Blackhearts is a new film about black metal after Norway in the 1990s, focusing on world black metal in the present day and how it is different from the original integral genre.

This is welcome news for those who were thinking “Aw, geez, do we need another film to tread ground well-covered by Lords of Chaos and Until the Light Takes Us?” You won’t have to suffer through a re-tread of the now-familiar early 1990s soap opera because it’s not mentioned in the movie, despite Blackhearts being the production of a Norwegian film crew.

Christian Falch, producer of Blackhearts, took the time to give us some answers to the burning questions that metal fans may have regarding this new movie.

You are the producer of the movie Blackhearts. Can you tell us what the movie is about?

I’m the producer and I co-write the script (documentaries actually do have scripts too…) with the director Fredrik Horn Akselsen. We both work for the Norwegian production company Gammaglimt AS.

Blackhearts is basically a feature length documentary about the profound impact that Norwegian black metal has had on the lives of fans and artists throughout the world. As you know, this genre has a lot of dedicated followers.

We have three main protagonists in the documentary. They are all really passionate and dedicated fans with their own black metal bands. One of them is a member of parliament in Greece, the other one is risking everything for the music because it is strictly forbidden where he lives: Iran. The third is a truly devoted Colombian Satanist. In the documentary we want to explore why black metal is so special to them and what the fascination is all about.

The story of black metal has been told a number of times, most notably through Lords of Chaos and Until the Light Takes Us. What is your documentary doing that these other sources have not?

First of all, our film will not deal with the events in the past, but rather look at the situation today. The storytelling in Blackhearts happens as the story of our different characters evolve, so this is not something retrospective, but we get do follow our three protagonists in several exciting episodes throughout the film.

I also want to mention that this documentary is being made for a wide, international audience, not only metal fans. Therefore we deal with universal topics like passion, politics, religion and dreams — of course everything still is about black metal. A great mix of everything a good documentary needs if you ask me.

Do you think it has taken us — Norway, the West and/or humanity in general — almost a generation to absorb what black metal was about?

In this documentary we will have a close look on how different cultures, religions, political situations and so on deals with the black metal phenomena. The fascinating thing is that it varies a lot! Here in Norway, the government pays black metal bands to record their albums and at the same time they would not mind flogging you for listening to Mayhem in Iran…

There are still a lot of different opinions around when it comes to what black metal is all about — and that is exactly what we want to explore and learn more about in this film.

Following up on the third question: what was black metal “about”? Do musical genres have ideals? Are those always clearly articulated? Is there a benefit in not articulating them like we articulate science and politics?

That’s a good but difficult question to answer. In my opinion black metal was about making atmospheric music with a hint of opposition to the society in general — the media (and some of the artists) made a great impact when it comes to defining the ideals behind it, but I believe that every individual had a personal, and therefore different, motivation to join the scene. I’m not a fan of putting the same ideological label on every individual or band just because they play black metal.

Speaking of politics, how are you going to deal with tricky subjects like Varg Vikernes and his political beliefs which I don’t trust myself to summarize, the murders of homosexuals by black metal musicians, the church burnings and the numerous statements of adoration for National Socialism and Stalinism by black metal musicians?

As I mentioned, we won’t go deep into the dark and difficult past of this genre, but of course we need to mention what happened and how it influenced the scene (and it still does). We would like to show that the black metal scene is more varied than most people think. We will do our best to deal with this subject as fairly as possible.

What do you think made black metal different from other forms of heavy metal, both musically and in idea?

For me, the difference is in the atmosphere, the way you feel when you listen to black metal, the images that appears in my mind…I don’t need to go into musical terms, it is the feeling of the music that makes black metal special. The idea of it all is of course to be more extreme than heavy metal and other subgenres. That’s really nothing I personally need to enjoy a good black metal band, but I have to admit that the myths surrounding some of the bands and artists attracted me in the first place, many years ago — and I still think it continues to attract new fans to this day.

Are you going to cover other extreme metal activity in Norway, like death metal bands such as Cadaver and Molested?

Unfortunately not. We simply don’t have the time to do that. Our focus will be more or less strictly on black metal. The only exception might be the appearance of Destructhor from Myrkskog and Morbid Angel.

You are apparently the metalhead among the production group. What got you into heavy metal? Do you still listen to it? Why do you like it, and what makes it relevant to you?

I’m the only metalhead in the crew…as with many fans of my generation it started with Guns ‘n Roses, hahaha, but it did not take long before I discovered other bands with more hard hitting music and once you start enjoying this kind of music it makes you start looking for the next band that takes it to a more extreme level and that’s how it goes I guess.

I still listen to all kinds of metal amongst other things, but I’m not very good at keeping up to date with all the new bands and releases. To me, music, and especially black metal is something personal and special. I don’t feel the need to share it with anyone else or even speak about it. Black metal is the little luxury I enjoy alone when there are no other distractions around. I should also mention that there is a lot of crappy black metal bands out there, guess I’m picky when it comes to this genre.

Where is Blackhearts in terms of production? When will we be able to see it? Will it be in theatres or online? How much interest does The Movie IndustryTM have in a film like this?

We have been working for two years with this documentary already and we have about 50% of the material shot. The timing of the release all depends on the financial situation of the project in the time to come, but for sure people would be able to see it sometime during 2015. We are planning a massive release on all platforms including cinema, festivals, TV and of course DVD and online.

To this day we have experienced an impressive amount of interest from distributors, international co-producers, TV broadcasters, film institutes and so on. I am really happy about this because it makes it possible for us to make this film on the level of quality I think it deserves. As far as I know, there is no documentary on black metal out there with the approach we are doing so there is a wide range of possible scenarios for the finalization and release of the finished film.

I guess the biggest question for all of us is “why”: why did black metal come about, why was it so violent, and why does it fascinate us today. Does your film address these whys?

This is the core of the film. It is a difficult question to answer, but this is why I wanted to do this film in the first place — to find out why this weird, hate promoting genre is so incredible fascinating. Hopefully we are able to understand it a bit more after seeing the finished film.

Can you tell us more about the format of the film? Is it interviews, or a narrative, or a mixture of both? Will you use black metal music in the film?

The film will be character driven. In other words, we will follow the people in real life situations and all of them have their own story that we are in the process of filming at the moment. There might be some interviews as well, but not like one would expect from a typical documentary. For example: in Blackhearts we meet an Iranian, Sina. He is the only black metal artist in his country. We first get to know him at home in Tehran, then we follow him to Norway as he is about to do his first ever live concert at the Inferno festival. Then comes the tricky part — can he ever go back home to Iran after promoting what some people consider to be blasphemy on stage?

Through following Sina’s story we will get to learn more about how strong the passion for black metal can be and how the music is still provoking authorities around the world. This is just one example and I can promise we have more fascinating stories too!

When it comes to the music in the film, people should not expect to hear lots of it, but of course it’s there when we show scenes from concerts etc. A treat for all black metal fans (and for me) is that the one and only Snorre Ruch has composed music specially for this documentary.

Last but not least, can you tell us about yourself, not necessarily as formal as a CV but a bit about film, how you came to love it, and how you came to be a movie producer.

I work as a full time documentary producer on several different films. Most of them are related to the second world war or religion and music. This is of course all topics that I am really interested in on a personal level. I never really loved films more than the next guy, but I ended up producing music videos and documentaries because it brought me to places and people that I never would have met under “normal” circumstances.

I have been doing it for the ten years now and I’m liking it more and more as time passes. One of the last documentaries I produced is called The Exorcist in the 21st Century and it has been doing quite well, specially in the US. We got unique access to one of the top exorcists in the Vatican and we followed him around the world as he was doing his thing. Therefore I have seen a about one dozen exorcism rituals being performed.

Since this interview will mostly be read by metal fans, I can reveal that the demon that reveals itself during the rituals we filmed sounded like Maniac from Mayhem at times, hahaha!