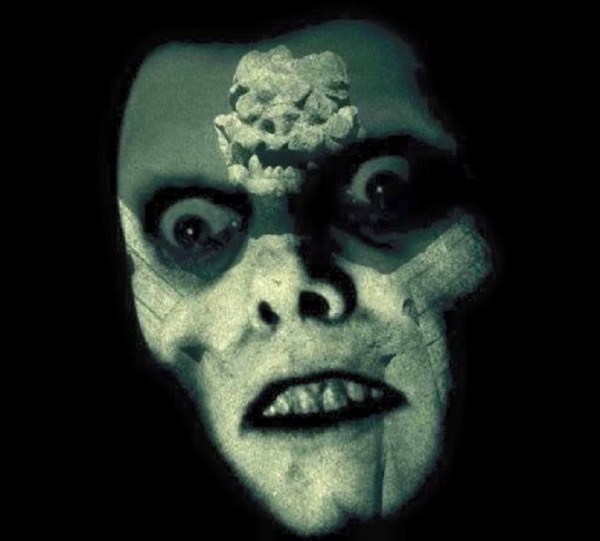 A strange thing happened during the years of 1965 to 1975: advertising morphed into marketing, or the science — and rest assured, it relies in objective data™ in Excel spreadsheets — of designing products to fit people.

Never mind the old days of trying to explain to them why they need something; figure out what they will buy, and modify your product to the simplest, cheapest version of that which they will pay the most for. If a good burger costs $9, but they will take a half-soy knockoff for $6, the latter is the better product.

As a result, advertisers became scientists of a sort. They queried consumers, studied them on videotape, analyzed their purchases and made lists of “features” that customers demanded. Always their goal was to find out what the largest group would purchase at the highest price, while keeping cost lowest. Statistical mathematics had come to business.

Since that time, astute observers might note, this mentality has steadily crept into just about every field. No one is immune. And each time it does, product satisfaction jumps — but quality takes a nosedive. Beer is now sugar water, but people claim to like it. Cigarettes are ashy hot air, but they sell steadily. Heavy metal music has become angsty self-pitying radio rock, but it has more fans than ever before.

The product has improved; the object itself — in this case, the music and the artistry behind it — has degenerated.

Metal does not face this alone. Literature produces endless favorites, but no classics (or even any books that outlast a trend). The car industry cranks out limited editions but no legends. Even classical music emits a panoply of avant-garde “innovators” but none endure. The same condition even affects cigars. As blender G.L. Pease relates:

Not all change is good, or welcome.

My journey down memory lane with these old smokes is not simply a waltz with nostalgia, but something a bit more purposeful. I’ve sampled many very good cigars over the past few years, and a great many more that have not much impressed me. But, even among many of the better smokes, as much as I’ve enjoyed them, I’ve continued to find something missing, a fundamental aspect of what caused me to go geeky over cigars in the 80s, and is almost universally absent in most of the modern cigars I’ve been smoking.

…In what, to me, is a ludicrous arms race where so many makers are chasing adjectives like fatter, longer, stronger, spicier, powerful, they seem to have lost track of some of the adjectives I might apply to these old beauties; sultry, seductive, provocative. This wasn’t a rare quality, either; it was almost commonplace amongst the quality marques 30 years ago, but it’s all but gone missing in too many of the modern mash-ups of multinational leaf, rolled into burrito sized spice-bombs with enough “power” to stop a stampeding rhino dead in his tracks.

This “ludicrous arms race” comes about because, like the Clinton campaign or a user satisfaction survey, manufacturers pay attention to polls. They listen to user feedback and then plug it into computerized analyses to find out where low margin, high price and average desired features intersect. They run the calculations and out pops the ideal product. It addresses the middle segment of the Standard Distribution (a.k.a. “bell curve”) that applies to most human tendencies in most groups. The far-right of the curve, which favors quality over quantity, hates these products; the middle of the curve grudgingly finds them acceptable and in a flurry of despondent why-mes purchases them, and the far-left is both too inconsistent and too miserable to reliably purchase anything, so their patronage is entirely defined by local availability.

How might this happen in heavy metal? Every generation, marketers add up the trends of the last decade and hybridize them. In 1975 it was hard rock, blues and heavy metal combined into heavy rock; in 1985, it was heavy metal, punk and heavy rock; in 1995, it was rap, alternative rock and speed metal; in 2005, it was indie-rock, emo and underground metal. They make the product that the audience cannot recognize is a cheap alternative disguised as the New Latest Best Coolest Thing, and pump it out the door. Profits go up, quality goes down. We see it most prominently in metal, but this mentality is everywhere, and will continue to be everywhere until elitism asserts itself.

Elitism is a simple formula: quality > quantity. This cliché, while irritating, also carries a grain of truth. You can have only one or the other because to have either trait is to take things to extremes. Waffling in the middle does not work. Either the music is quality, which reduces its audience, or it is accessible, which increases the quantity of sales by expanding its audience by lowering “cognitive barriers” to appreciation. That means complexity, artistry, technicality and even relevance. The audience loves the same old thing in new clothing. People buy the same albums their grandfathers did, but with new tempi, textures, lyrics and other surface changes. This is one reason why some of us allege that rock ‘n’ roll has always been nothing more than marketing.

With elitism, people at the top of the cognitive chain — radio hosts, writers, musicians, superuser fans — gravitate toward the best stuff and everyone else imitates them. On the left end of the bell curve, confusion reigns anyway and so they just go along with the flow. On the right side, people follow others who they look up to and learn to appreciate the music that way. A few of those on the left side of middle feel left out and get angry, resentful and bratty. But, they are that way unless fed moronic pap anyway, and everyone else gets better music, so the outcome is better this way.

Except… uh oh… for labels. Labels make money not so much on the big scores as by putting out a few albums a month that consistently rake in the sales. Ever wonder why artists past their prime are still puking out albums and those albums make it into the press and stores? They sell because of name recognize. Egbert Q. Findley of West Los Angeles will keep going to his job as a middle manager at a warehouse chain and will keep on buying whatever is put out by the bands that were hip when he was 18. He wants to stay current, you see. Millions of people kept buying Neil Diamond, Liberace, U2 and REM when they drifted into pure drivel. Why? Because they’re fucking morons. — well, yes, but also because they are creatures of habit. They want something new to listen to. They do not really care what it is, or if it is good. Just something new to keep their minds off the exciting world of multi-level sales or whatever the hell it is people waste their irreplaceable time on nowadays.

Right now metal is winding up for one of its Revolutions. Each time industry comes out with its new super-product, it takes about a decade for artists to react and strike back with something new. Glam metal created speed metal, blues-metal created death metal, and now, indie-metal will force the creation of a new genre. Either that, or metal will perish, and become another flavor for rock bands of all type. Want to have a song about being a rebel? Make the chorus riff a metal one. They’ll even put a setting on the audio workstation software to do it for you, all to help you make the perfect product and live the dream — of early retirement.